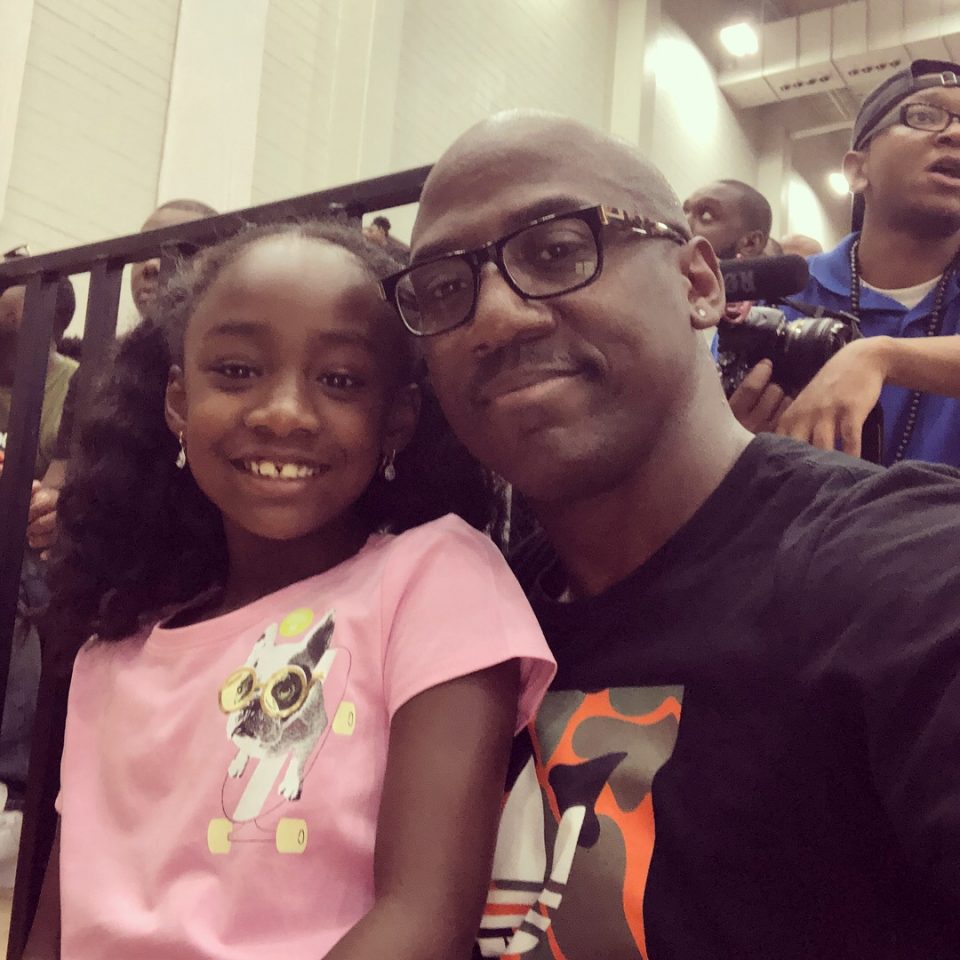 Craig King has all the accolades a music producer could ever want.  From majoring in jazz and classical piano at Howard University to touring with Ray Charles and working with Quincy Jones during the hay-day of “Fresh Prince of Bel-Aire” family. The accomplished musician has worked on many Grammy award-winning albums, television shows, commercials, tours, and award ceremonies.
King is co-founder of Rapplug LLC and currently partners with The Farm powered by Comcast NBC Universal. But he says with all of his many awards and honors his most cherished is being a father.
What is your most valued fatherhood goal?
My fatherhood goals are vast so I’ll try to narrow it down to something very important yet has the potential to touch many lives. I want to raise my child so that she respects human life and human dignity for all. It may sound cliché but by doing my part with her and her immediate community hopefully, these values will seep into the larger community. Each one teaches one. If we’re doing our part there will be a great impact in that. I also want to teach her financial literacy. The goal should be for her life to be tenfold better than the one provided for her. Remain spiritually sound yet inquisitive with a natural curiosity to always expand her knowledge.
Why should you read every day?
Reading is one of the most important things a child can do. It adds so much value to how they interact, imagine and visualize their journey. It also opens them up to new worlds and gives them the courage to explore. I’ve never met a well-read person who doesn’t also communicate well. Being an excellent communicator will put you leaps and bounds above others. Reading helps build a vocabulary that can translate into different types of opportunities socially and in business. Ultimately I think the most important thing about reading is it allows you to use a muscle you’ll never abandon in life. Read!!
What has fatherhood taught you?
Being responsible for another life forced me to re-evaluate the way I moved through the world. Because of my daughter, I now see education very differently. It’s necessary that we teach our children by example. School is extremely important but that does not always mean the traditional approach. Traveling can be an even more impactful lesson in many ways. Being a citizen of the world is as important as being a scholar. Traveling can be an even more impactful lesson in many ways. Children see things in a very literal way so always keep your word. They’re also very understanding so apologies work as long as they aren’t a constant. My daughter gave me purpose beyond measure but now I feel obligated in a larger sense to the youth of our community. In fact, Rapplug was built in part to teach our next generation.