According to The Blast and Yahoo.com, McCall posted a screenshot of messages he directed to Smiley and posted them to Instagram.

McCall began the fiery one-way exchange with: “Dog u seriously haven’t seen ONE single message about me?” He continued, “Dawg you insulting my family and ignoring my calls. I’m offended bruh. Totally offended.” 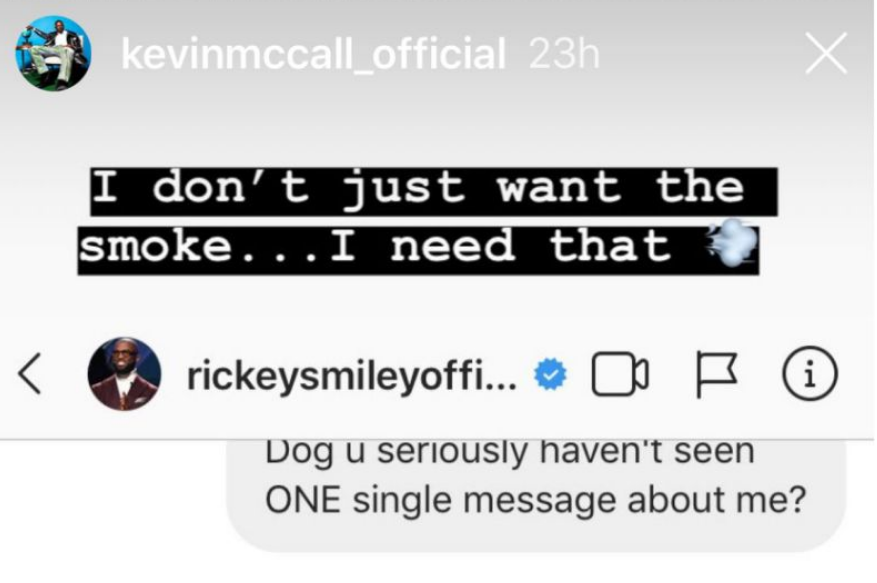 McCall allegedly continued with the following incendiary message for Smiley: “What chapter is this cat n—- from I’m this close to saying f— his whole yard they all cat. And I want the smoke. I dare one of y’all to say something to me! N—- gone respect what I did for this organization and they gon respect my legacy and family or we can into some real Bangin.”

Marcille, 35, who is now married to Atlanta attorney Micheal Sterling, also works with Smiley, 51, on both the “Rickey Smiley Morning Show” and the popular TV show “Dish Nation.”

Perhaps McCall’s temperamental state emanates from taking a loss in his custody battle with Marcille over their daughter Marley Rae and getting arrested in the process.

An Atlanta judge agreed with Marcille that McCall is dangerous and subsequently denied McCall custody of their daughter. McCall sealed his fate by failing to appear for the court hearing.

Moreover, McCall was arrested inside a Fulton County courthouse in Atlanta following a scrape with officers after refusing orders to stop his Instagram Live recording on his phone. McCall has been charged with a felony as a result of that fight and faces up to five years in prison if he is convicted.