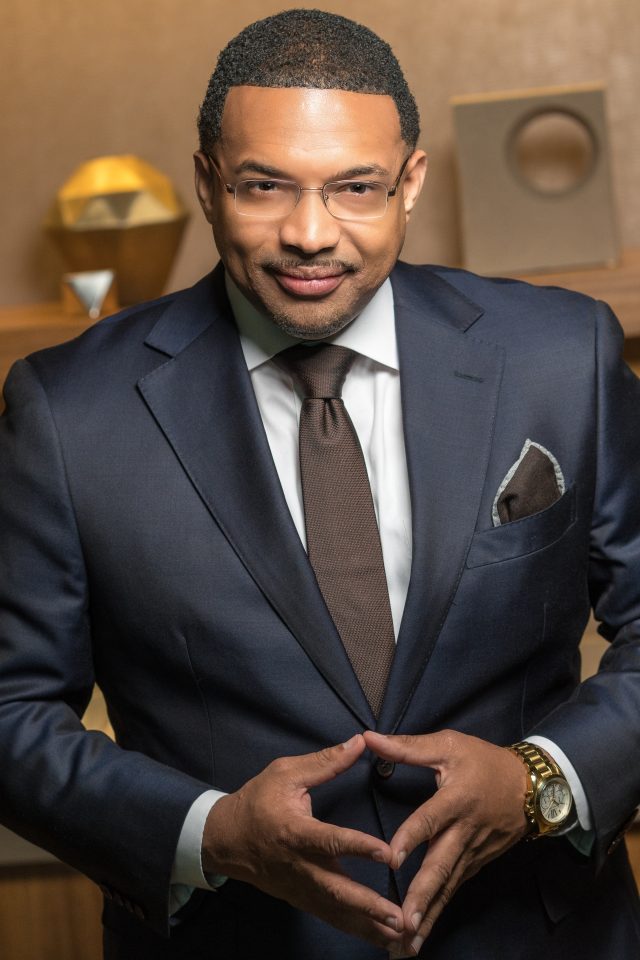 Your morning drive will never be the same. Rashad Richey of Entercom Radio, which is the second-largest radio company in America, has now moved to the morning drive (7 a.m. to 10 a.m.) on News & Talk 1380 WAOK in Atlanta, and he’s making a big splash in the market.

“The Rashad Richey Morning Show,” which can also be heard on V-103FM (HD3), www.WAOK.com and the Radio.com app, has just finished its first week and came out of the gate swinging. Before transitioning to mornings, Richey, known across the country as “The Realest Man on Radio,” held down the midday slot on WAOK for five years.

Richey was voted “Best Talk Radio Personality in Atlanta” by readers of The Atlanta Journal-Constitution, a Cox Enterprises-owned brand with a social media following well over 1 million.

While official ratings are not yet available, the high number of caller interactions, online views, social media impressions and high-profile guests booked during Richey’s first week gives a strong indication that this is a morning show here to stay.

Richey — a university professor and the political analyst for CBS 46 News in Atlanta who also makes regular appearances as a commentator on MSNBC and The Fox News Channel — says the transition to mornings allows for greater opportunities to connect with listeners. Listeners point to Richey’s aggressive style, opinionated format and witty panache mixed with a palatable sense of humor as the reasons he’s refreshing and entertaining. The show is also informative and doesn’t mind tackling hot-button topics daily.

While metro Atlanta has responded favorably to the switch, some of Richey’s West Coast listeners were not thrilled with the time change from 10 a.m. to 1 p.m. to 7 a.m. to 10 a.m. due to their time zone difference, but on the first day of airing, multiple people from the West Coast posted on social media that they were tuned in at 4 a.m. California time just to hear Richey’s latest take on social issues, politics and popular culture.

Listeners are able to engage “The Rashad Richey Morning Show” on-air and online. They can also listen to archived interviews and wild caller interactions (a hallmark of the show) on the WAOK website. Tammy, a longtime WAOK listener said, “Rashad is the best at what he does. Either in the community or on-air. People who hear him once are hooked. My entire family listens every day. … We feel like our day isn’t right without hearing ‘The Realest Man on Radio.’ ”

WAOK program director and radio personality icon Joyce Littell said, “We’re positioning WAOK to become more informative, empowering, engaging and entertaining as the voice of the community. It is our goal to grow our audience and digital format and moving Rashad Richey, ‘The Realest Man on Radio,’ to mornings will aid in doing that.”

Beyond radio, Richey is a business owner, capital investor, college lecturer, noted inspirational speaker and founder of The Rashad Richey Foundation Inc., which mentors at-risk youth and provides gang deprogramming expertise to other nonprofits. For his work with underserved communities and youth, he was honored with the Presidential Lifetime Achievement Award from former President Barack Obama.