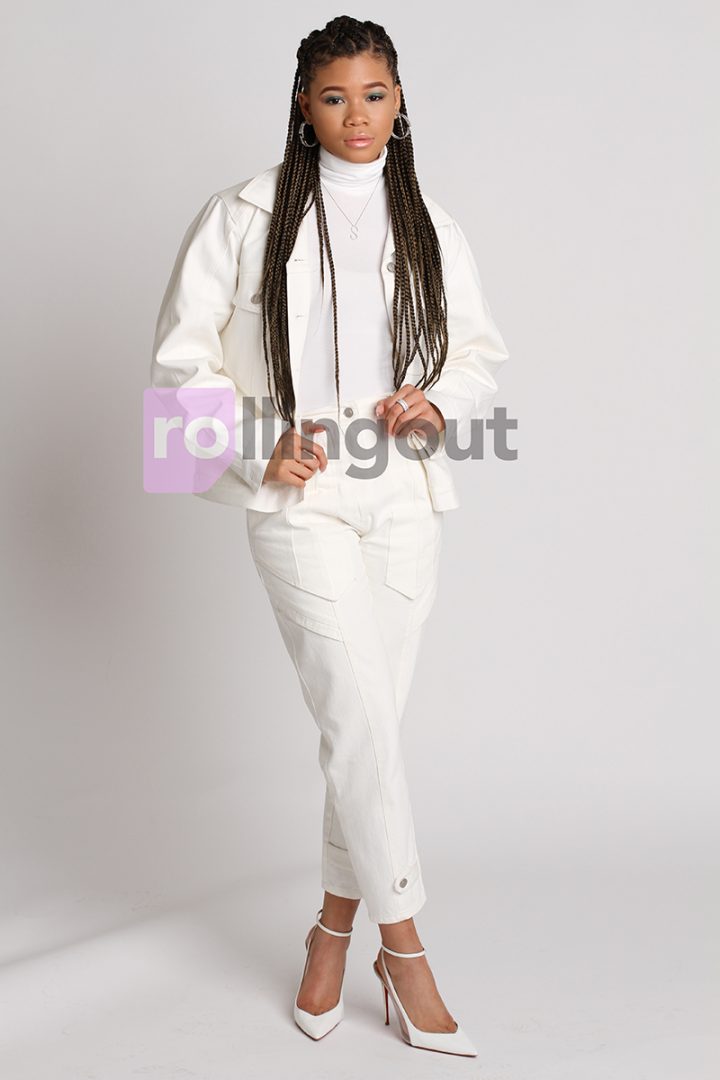 There’s a storm brewing in Hollywood. Sixteen-year-old Storm Reid has the poise, focus and talent to be the next young actress to take over the ever-changing movie industry.

Reid captured nationwide attention in her breakout role in 2018’s A Wrinkle in Time opposite Oprah, a science fantasy film directed by Ava DuVernay. She also co-starred in the powerful Netflix drama “When They See Us,” and stars in the teenage drama by HBO, “Euphoria.”

In her latest work, Reid co-stars in the remake of the horror classic The Invisible Man. She portrays Sydney Lanier, the daughter of Cecilia Kass’ (Elisabeth Moss) childhood friend, James Lanier (Aldis Hodge). In the psychological thriller, the story goes beyond the average horror narrative by delving into important issues such as domestic violence, trauma and mental health.

During a trip to her hometown, Atlanta, Reid visited rolling out studios to offer insight on her new project, working with Oprah and Ava DuVernay, and her big sis Zendaya.

Take us back to the first time you read the script for The Invisible Man. What do you remember most about that moment?

I was in the kitchen and my mother was cooking dinner and she had read it before me. I was reading it, and then there was a moment where stuff started to really escalate. I just love that it was a genre piece and it was scary. I was on the edge of my seat while reading it, but it also had beautiful messages. I try to be very strategic with what I am a part of and the content I create. I want it to have a progressive conversation, and I felt like The Invisible Man did just that.

How does it feel to be a part of a project that puts a twist on a classic film?

It’s amazing. The Invisible Man has been loved by so many people for years. I don’t think we [tried] to alter it in any way. I feel like we just tried to reimagine it, and having a woman at the center of it made the project very real. I am thankful for that because, even though it was scary and it is frightening, you kind of feel a sense of humanity.

There are a lot of underlying messages in The Invisible Man. What should people take away from this film?

I just hope the audience knows that it’s OK to feel weak and strong at the same time. And even though a situation you’re going through can be terrible and heartbreaking, you could find beauty in that and know that everything starts with self-love. I know that’s easier said than done, but if you know that you are worthy of being seen and being heard and being loved, then you’ll be able to overcome anything.