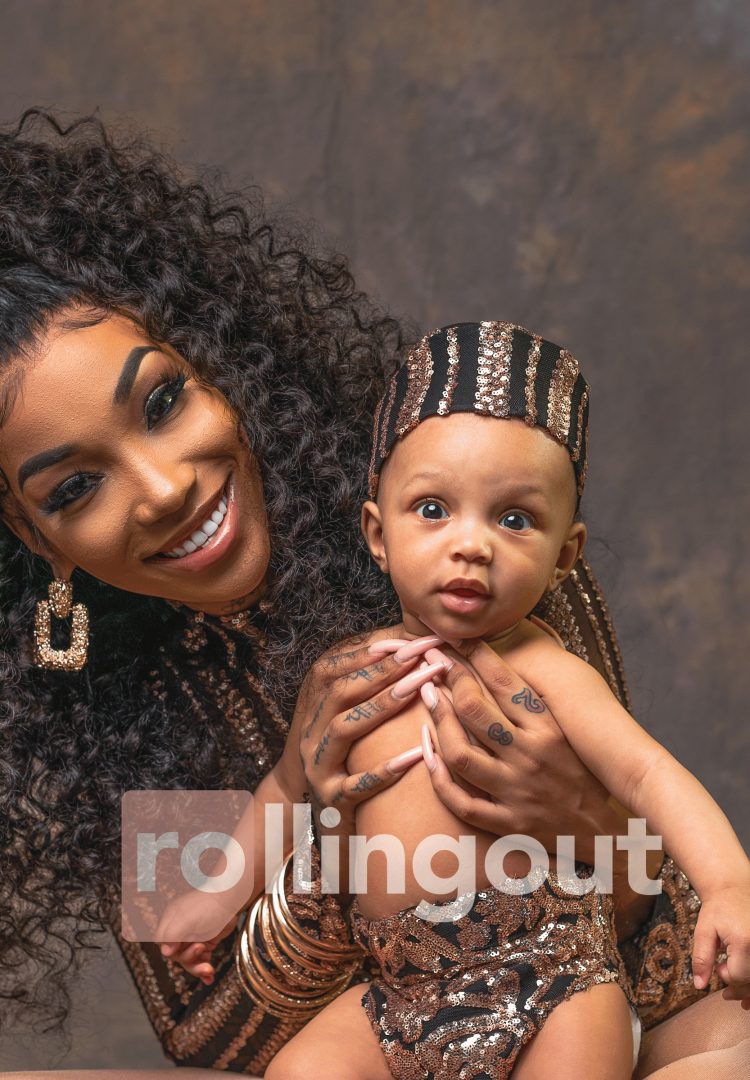 Tokyo Jetz smiled from ear to ear as she cuddled her 6-month-old son, Amir, in her arms during her interview and photo shoot with rolling out magazine. The Atlanta-based rapper, by way of Jacksonville, Florida, is entering a new stage of her life where she’ll balance motherhood with a career in the music industry. Like so many mothers who seek to thrive in the workplace while maintaining a healthy relationship with their children, Tokyo Jetz is finding ways to prep for the release of her new album while also being present as her child takes his first steps and says his first words.

It can be a daunting task for any mother who must sacrifice time away from their kids to provide and chase their dreams.

Tokyo Jetz shared her how she handles both while providing insight about working with T.I., her new music and the new generation of women in rap.

How are you adjusting to being a first-time mother and resuming your career in the music industry?

Do you think the music industry frowns on female rappers getting pregnant?

I think at one point in hip-hop women were supposed to hide if they were in a relationship because you were supposed to be a fantasy for all men. I think it was frowned upon at some point, but I think now things are a lot different.

You recently released your new single “S.O.D.D.” How did that song come about?

It’s a song that I did with producer Mike Will Made-It. It’s a song I really love. Whether you’re young or old, it’s something I thought everybody would like.

Now that you’re a mother, will you be releasing more music that details your personal journey?

Before I had my son, I dedicated a song to him, so I’m open to making more music like that. But now I’m really just having fun with music.

Do you think you will have to adjust some of the content in your songs as your son gets older?

I think children should be raised to separate real life from entertainment. I have a nephew who has seen me perform at my shows. He’s able to separate me from being at work from the person I am at home. As long as we can keep those things separated, I don’t think it’s a problem.