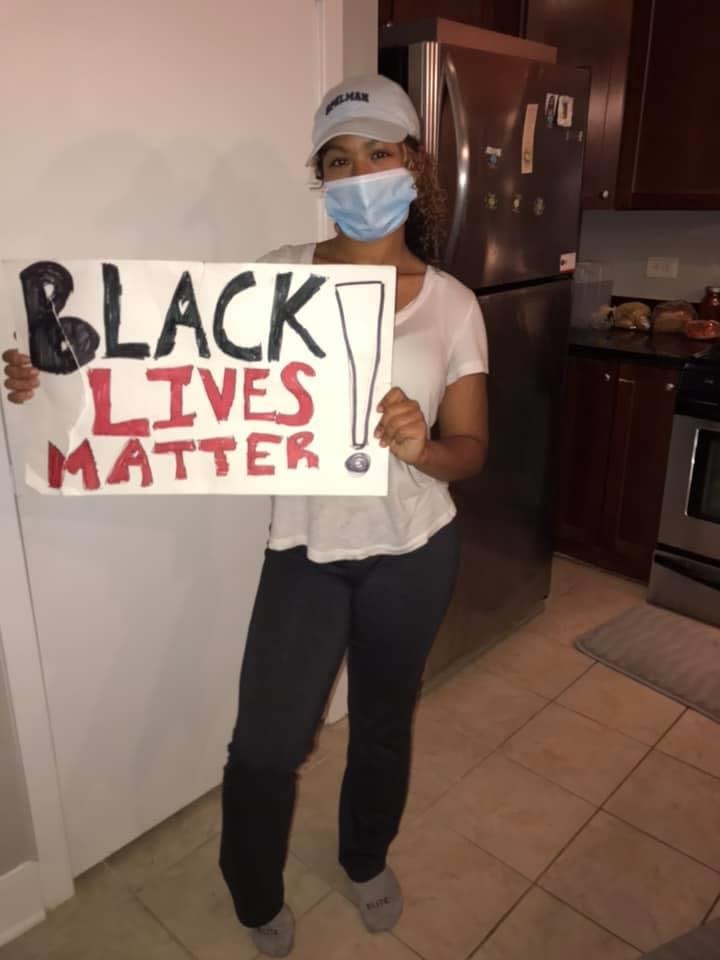 Isabella Jackson is the granddaughter of Atlanta’s first Black mayor, Maynard Jackson, and she is following in her grandfather’s footsteps while fighting for change. Jackson, 21, is a junior at Spelman College who has been attending the protests following the killing of George Floyd by police in Minneapolis. Rolling out spoke with Jackson about her experience as a young person speaking out and protesting during this historic moment.

How do you feel about everything that is going on?

I personally felt like it was a duty because of all the injustices going on. It seems like the injustices are embedded in the system. It feels like it’s our obligation to fight back. My generation, we don’t have a choice because what you allow will continue. This whole uprising was inevitable. George Floyd was not like a wake-up call. There have been so many wake-up calls, we wouldn’t keep letting them hit snooze. It became something that we had to do.

What compelled you to join the protests?

I was staying with my mom, who lives right in between The King Center on Auburn Avenue and Centennial where all of it was really concentrated, and I was like, “OK, well, I’m right here in the middle of it. I have no excuse.” I knew it’s something my grandfather would have wanted me to do instead of just sitting back and posting on social media.