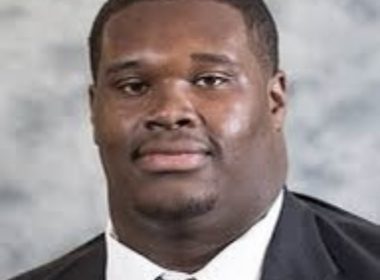 A college football player reportedly died due to complications from COVID-19. On Sept. 8, California University of Pennsylvania announced that Jamain Stephens, 20, passed from the novel virus.

Stephens, in his junior year of college, was the son of former NFL player Jamain Stephens, who played football for the Pittsburgh Steelers and Cincinnati Bengals.

“Jamain was such a wonderful student with a smile on his face every time you saw him,” California University of Pennsylvania athletic director Dr. Karen Hjerpe said in a statement. “His personality was contagious and he made such a positive impact on everyone he met.”

Although the California University of Pennsylvania football team decided to cancel its season due to the pandemic, other schools across the nation will begin their season in the upcoming weeks. Stephens’ death could shed light on the importance of keeping athletes safe while on the football field.

According to the CDC, sports teams should implement guidelines to stay safe which include, maintaining at least 6 feet between yourself and your teammates, other competitors, and officials while actively participating in the sport; avoid high fives, handshakes, fist bumps, or hugs; and keep space between players in the practice areas, including on the sideline, dugout, and bench.

Realistically, there may not be a safe way to resume football in 2020, but the college football season began on Sept. 5 for several schools across the nation.