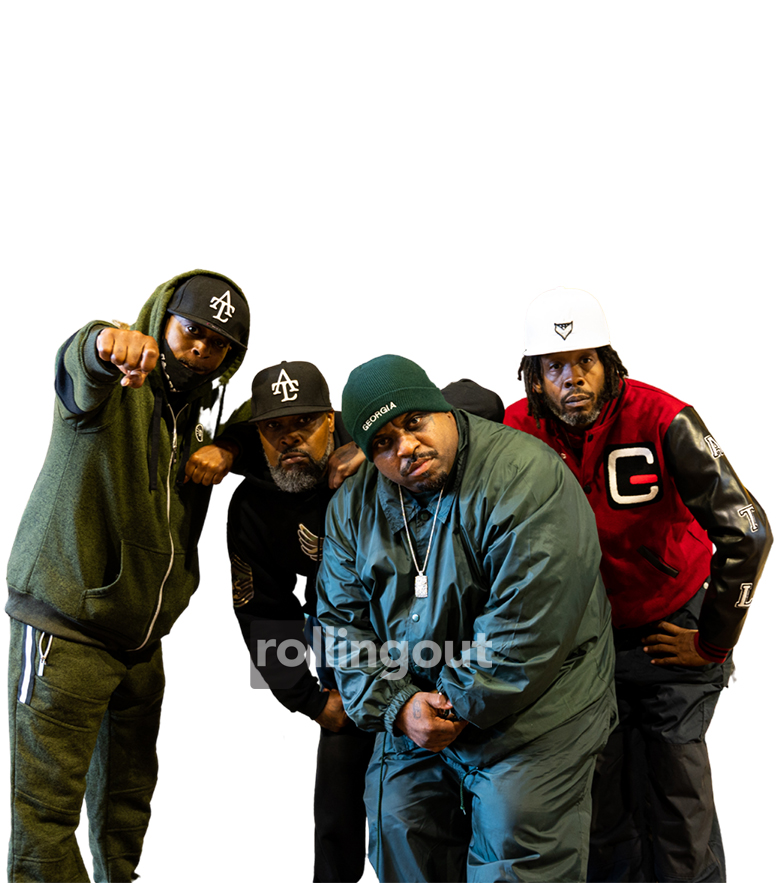 It’s an unseasonably warm afternoon in Atlanta, a few sunsets away from Thanksgiving Day. Members of the legendary group Goodie Mob — whose acronym stands for the “Good Die Mostly Over Bull—-” — arrive at rolling out headquarters from their respective environs in somewhat of a celebratory mood.

Twenty-five years ago, the iconic foursome released its debut album, Soul Food, which went on to gain critical acclaim and effectively establish the group as a musical conduit for the community. As fate would have it, CeeLo, T-Mo, Big Gipp and Khujo have reunited after seven years to deliver an instant classic, appropriately dubbed Survival Kit, and all it took was a pandemic to make it happen.

“We just took a lot of the conversations we were having on the phone with each other and going through what we [were] actually living. We just took it and said, ‘Yo, let’s go in the studio and put it to song,’ ” Gipp explains.

“Being at this stage in our career, we actually really know what our audience wants from us. It’s not like a guessing game. … I think our audience been waiting for us to go back in this direction … for a minute.”

It’s true. Now, perhaps more than ever, the community is in need of a voice that understands its plight. Goodie Mob knows that all too well, as evidenced by the group’s desire to always stand on the front lines and speak freely about systemic oppression, racism, classism, education and overall sustenance. As Chuck D so eloquently states on the gritty single “Are You Ready,” “This looks like a job for Goodie Mob.”

Khujo recalls how that process began in March, as the pandemic began charting its destructive course.

“We really started concentrating on what we wanted to do and the things that we wanted to talk about,” he discloses. “Plus, the climate that we was in, we couldn’t turn a deaf ear on what everybody else was going through. So, the quarantine definitely made us lock down and lock in and just really get to work.”