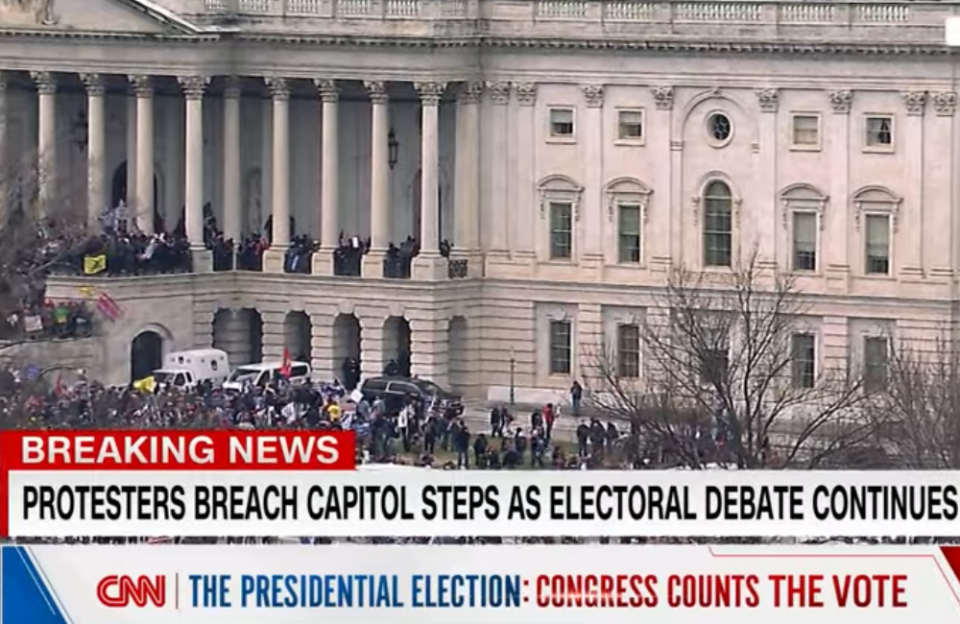 The disturbing series of events that transpired on Capitol Hill amid the Congressional hearing to affirm President-elect Joe Biden’s election win has not been missed by Black Twitter.

On Wednesday, Jan. 6, many Americans watched in shock and dismay as 45’s supporters stormed the Capitol building to overturn an election the lame-duck president legitimately lost.

As a large number of White rioters plowed past law enforcement officers, others broke windows and scaled walls on their way into the House and Senate chambers. Rioters interrupted the historic Congressional hearing in the name of 45 and ultimately took over the Capitol building, commandeering the offices of lawmakers and even the Senate floor. At one point, there was even a standoff between law enforcement and armed supporters of 45.

But despite their actions and the threat they posed to law enforcement, Black Twitter highlighted what is arguably the most disturbing aspect of the entire siege: law enforcement made no attempt to forcefully remove them from the premises.

Frustrated Black Americans have inundated the social network with tweets, iconic photos and videos to highlight the stark difference in police treatment of Black people compared to Whites.

Imagine if this mob at Capitol Hill comprised of Muslims or Black people ?

Just a reminder that BLM protested unarmed black americans being murdered and were labeled as criminals and rioters.

Meanwhile these fascists literally stormed Capitol Hill because they didn’t get what they wanted and were called “loved” and “special.”

funny how a peaceful protest about the wrongful murders of black peoples gets tear gassed, and a violent protest directly inside capitol hill gets a couple of raised voices and no extra force. i don’t want to hear anything about white privilege not existing ever again. pic.twitter.com/FW7HYvhaw5

After all of this it’ll still be black and brown tourists who’ll get profiled by Capitol Hill security.

Al Jazeera is pointing out the difference in the police reaction to Trump supporters storming Capitol Hill tonight and their more violent stance during the Black Lives Matter protests last year.

Others even shared visuals of the stark difference in law enforcement’s presence during the Black Lives Matter protests and the madness that unfolded today.

Police is helping a Trump Rioter in walking off the Capitol hill stairs. He hold her hand. Imagine if this were a Black person, Biden supporter or someone who protests for HUMAN RIGHT!, now i know what America is. OK. pic.twitter.com/HvHSMm7aTM

For many Black Americans, today’s events are another reminder of why so many people participated in the nationwide protests for an end to police brutality and racial inequality.