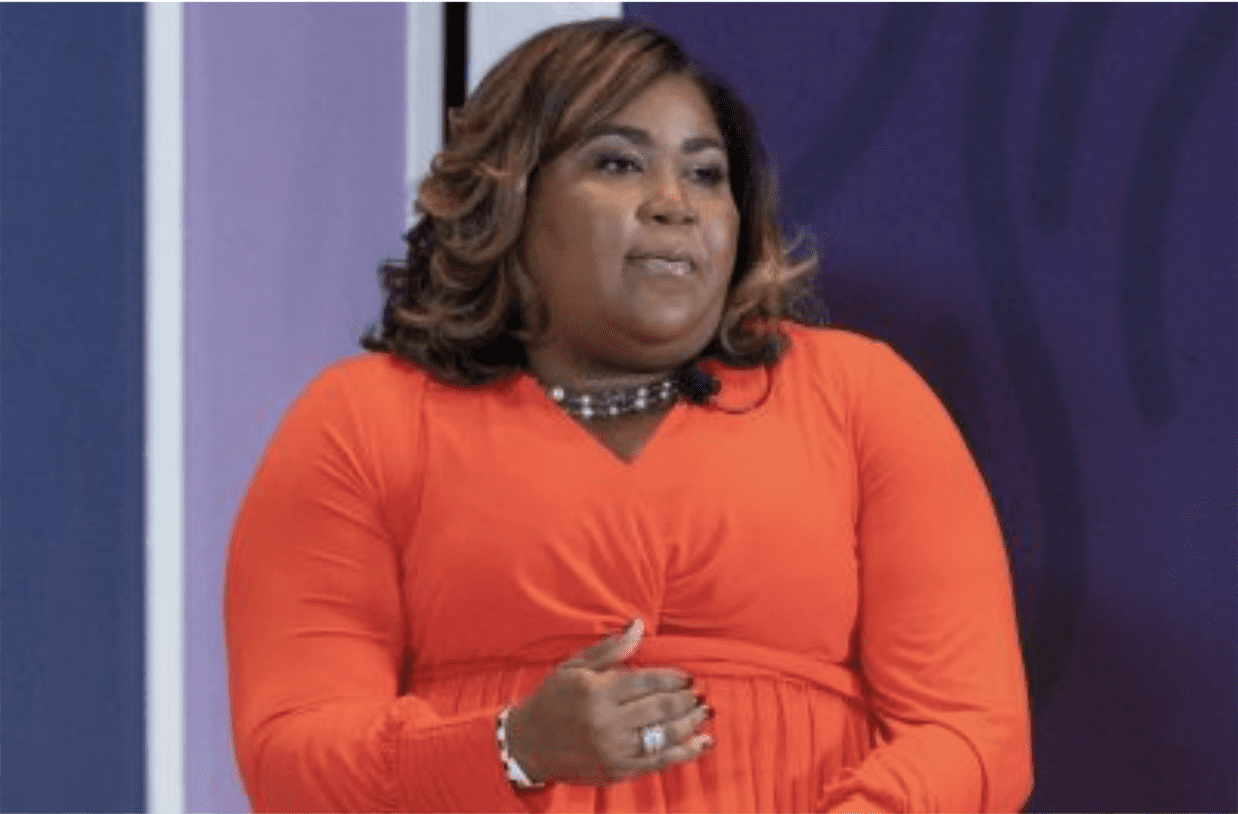 This year, Ford returned for their 14th year as the exclusive vehicle sponsor of the Essence Festival of Culture. Rolling out spoke to Sondra Phung, global product marketing executive and strategist at Ford Motor Company. She spoke about the company’s efforts to introduce electric vehicles in Black neighborhoods. Why is Ford’s relationship with Essence important? Essence used to […] 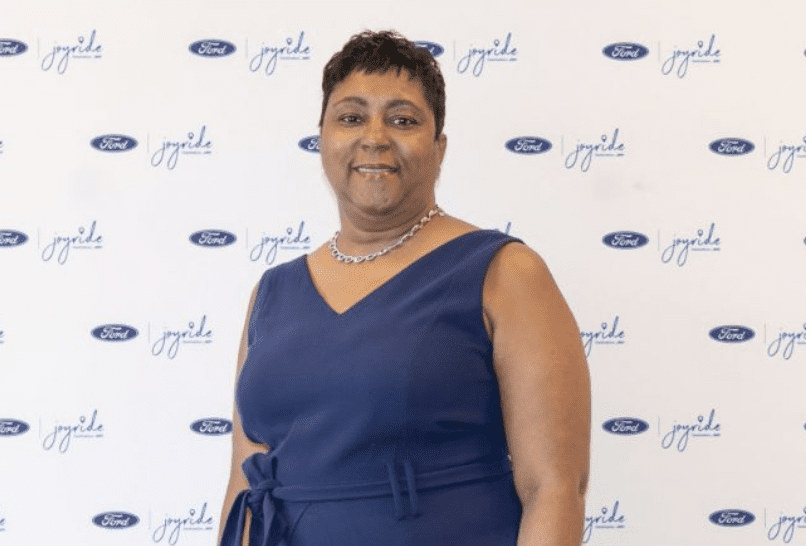 Rolling out spoke to Cynthia Williams, the Global Director of Sustainability, Homologation and Compliance at Ford Motor Company. She is one of the highest-ranking African American women employees at Ford. What does Ford’s partnership with Essence mean to the company? It is a connection to the community, a connection to showcase what Ford brings to the […] 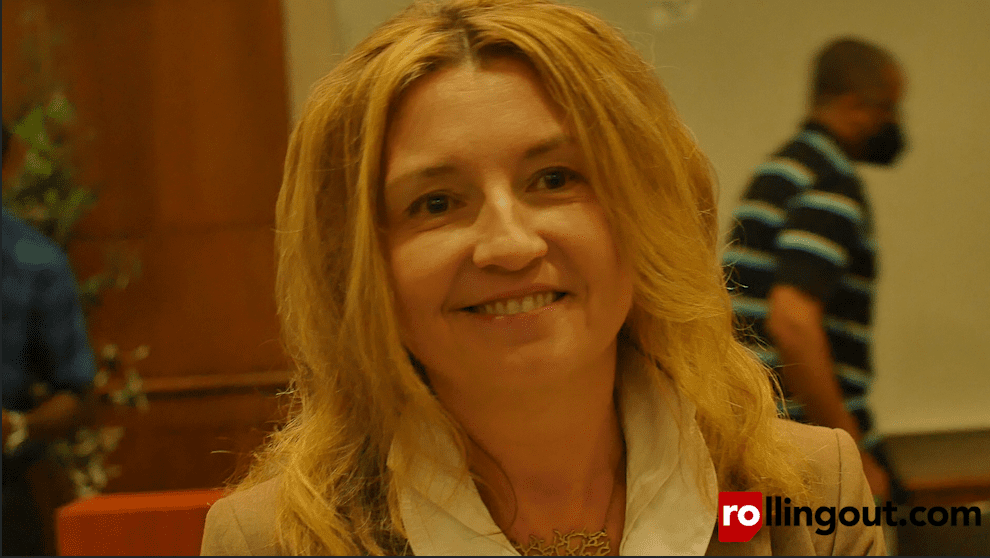 Dominika Parry is the president and CEO of the nonprofit organization 2CMississippi. Parry launched 2CMississippi to promote a bipartisan, science-based dialogue, take action on climate change in Mississippi and become a climate-kind state. Parry was present at Jackson State University on June 16 for a renewable energy discussion and how the Black community and the state […] 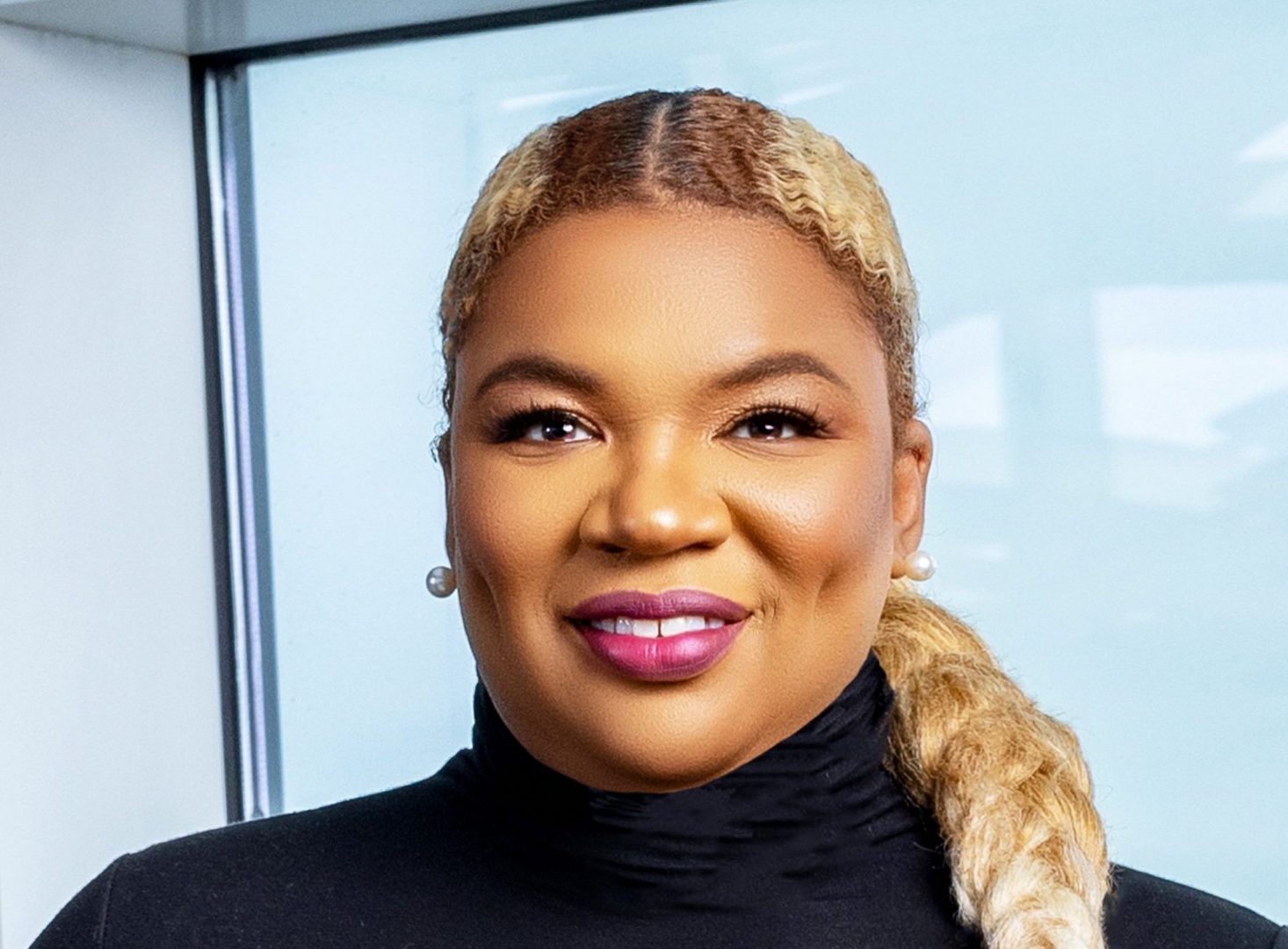 Atlanta continues to lead by example, putting a Black woman in the top leadership position at Hartsfield-Jackson Atlanta International Airport. J’Aimeka “Jai” Ferrell initially joined the airport seven years ago in marketing and most recently served as assistant general manager of commercial revenue development.  She was recently named the airport’s chief commercial officer. Rolling out talked […] 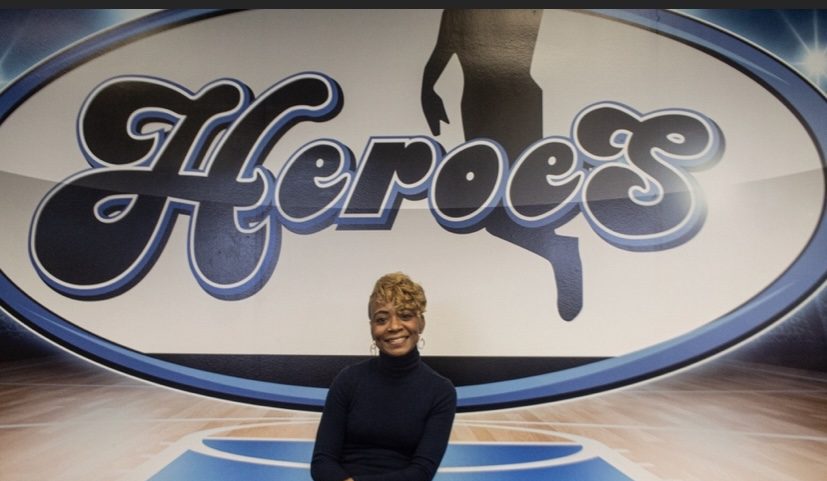 Trina Terrell-Andrews is no stranger to working in high-profile environments with overlapping demands. The Chicago native has a background in journalism and the record industry and was previously the executive director of the Bradie James Breast Cancer Foundation. Terrell-Andrews was chosen to be the Mark Cuban Heroes Basketball Center CEO and has been at the […]

Sherman K. Kizart is the founder and managing director of Kizart Media Partners Inc. Kizart has acquired expert knowledge from over 20 years of experience as a marketing specialist. He is also one of the leading advocates and authorities in the U.S. on urban radio and multicultural media strategies and tactics. For those who don’t […] 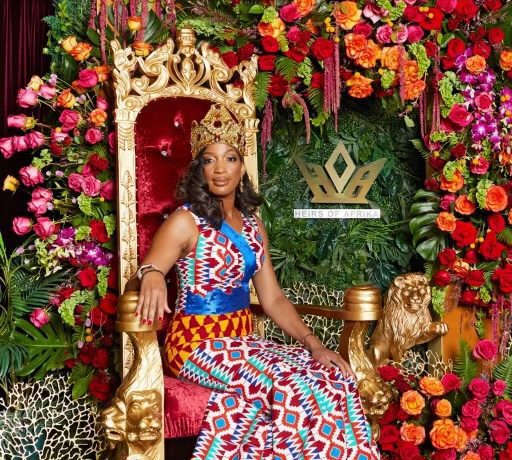 The 4th Annual International Women of Power (IWOP) Luncheon was held on Sunday, August 8, 2021 at the beautiful Marriott Hotel located in Marina Del Rey, CA. Produced by Koshie Mills, founder and executive producer of the global multimedia enterprise Heirs of Afrika (HOA), the elegant luncheon was created to celebrate Black women and honor […] 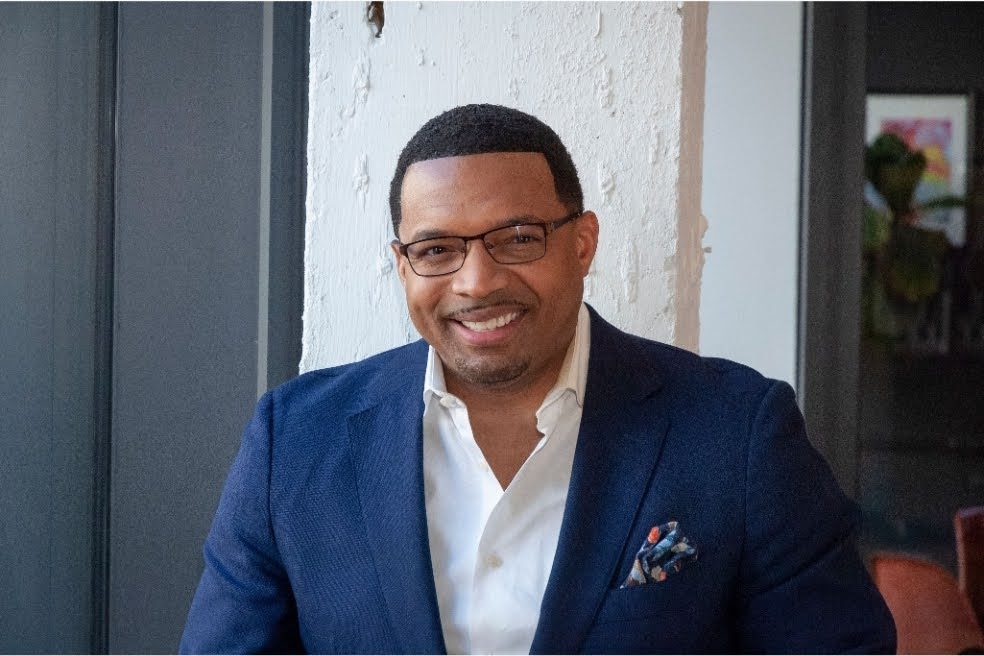 Multimedia powerhouse rolling out has named Rashad Richey, MBA, Ed.D., Ph.D., its new president. Rolling out is an urban media company with 20 years of staying power and trusted by communities across America to bring insightful information related to entertainment, business, lifestyle, society, culture and politics. With a monthly readership of 2.8 million and a […] 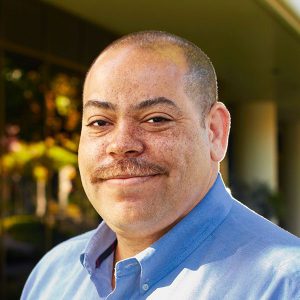 Andy Hinton is a lawyer who has had an expansive career across all facets of law. He was previously the vice president and chief compliance officer at Google Inc. Hinton currently serves as an advisor for #NotMe, a mobile solution company that empowers people to tackle issues of racism, discrimination, and harassment in the workplace. […] 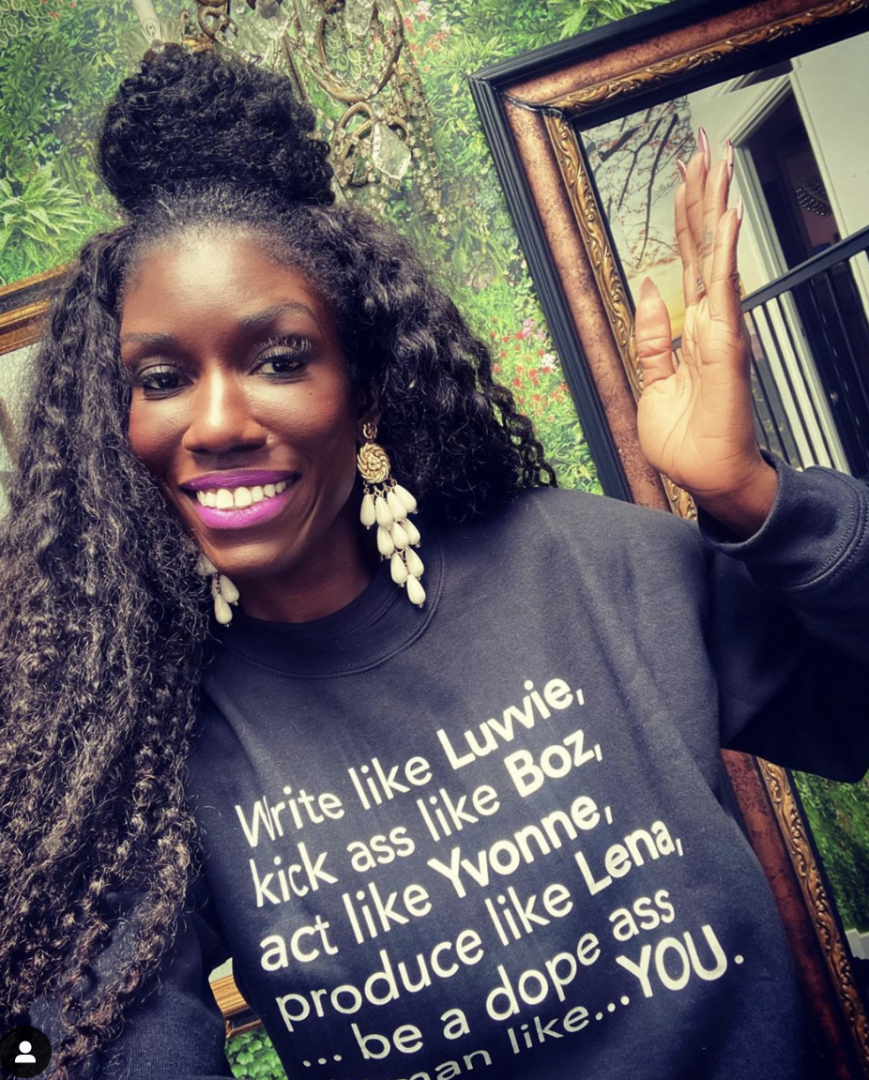 Netflix has hired powerhouse Bozoma Saint John as its new global chief marketing officer. Saint John, who was formerly named among Forbes list of World’s Most Influential CMOs, will be taking over for Jackie Lee-Joe beginning in August. She made the exciting announcement on social media with the caption, “#WATCHmework has taken on a whole […] 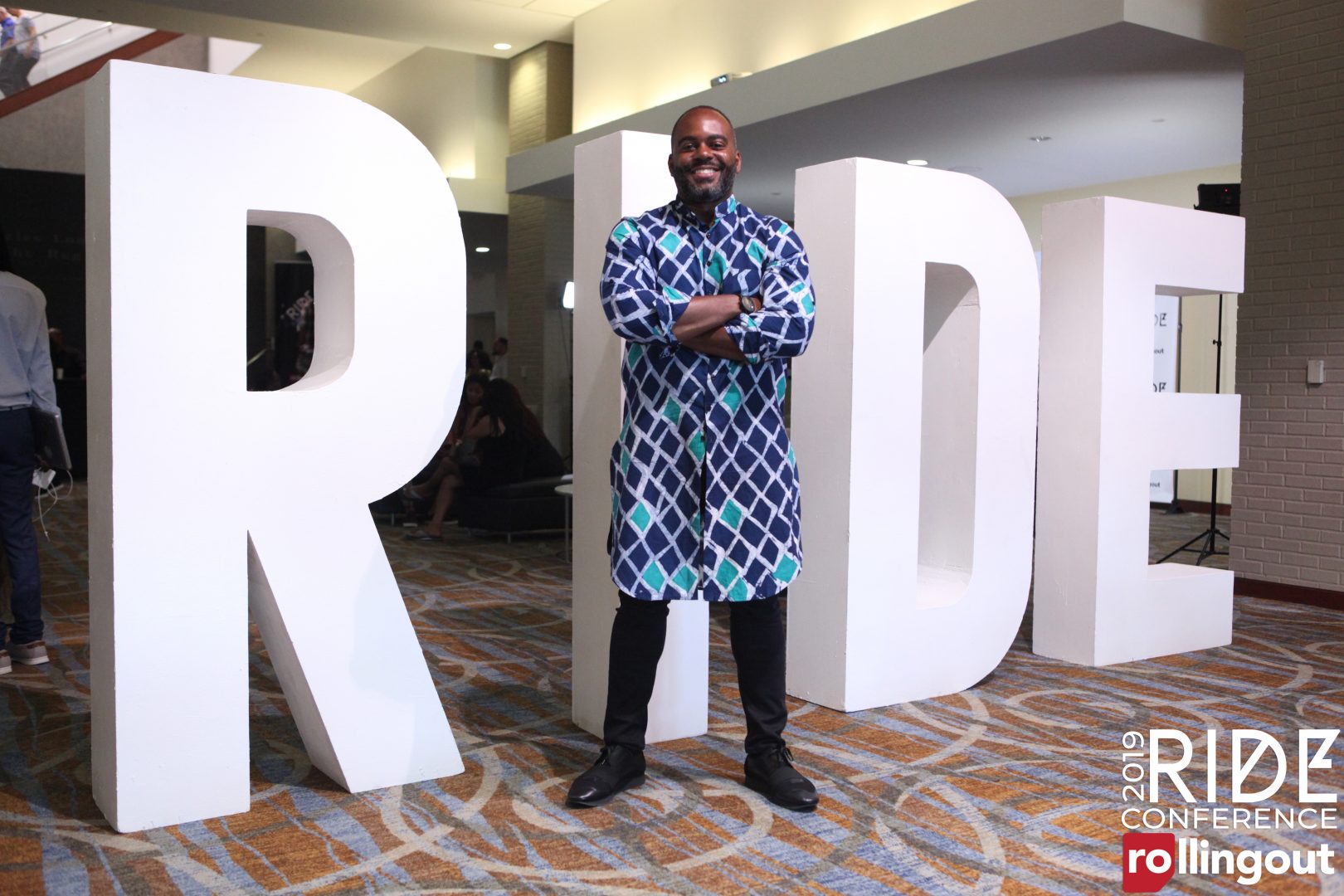 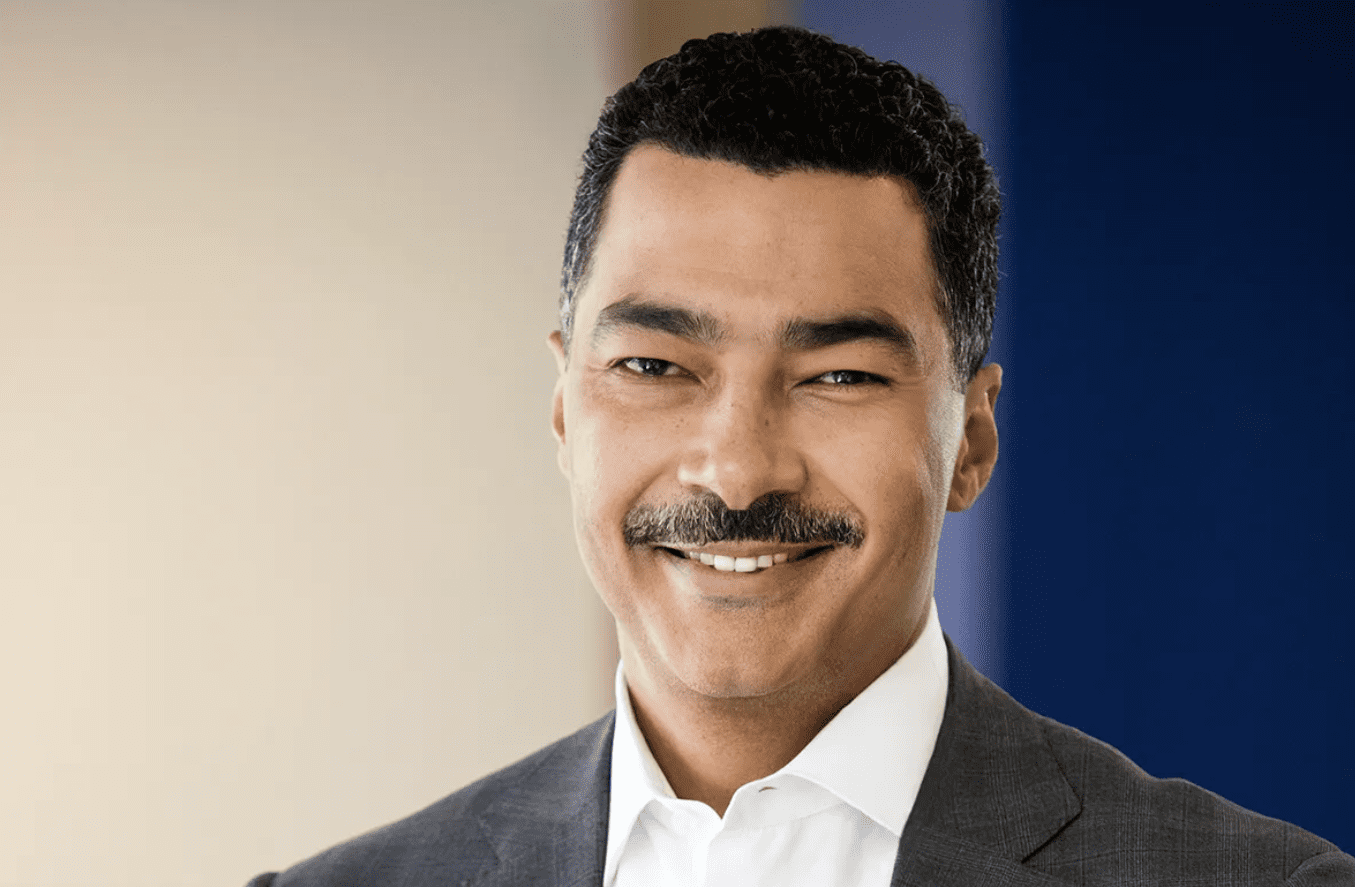 United Airlines has announced that Brett J. Hart will take over as president of United Airlines Holdings. Hart, who currently serves as the company’s executive vice president and a chief administrative officer, will begin his new role effective Wednesday, May 20, 2020. “I am honored and energized as I take on these new responsibilities to […]

Marcos Purty began his new role at General Motors as executive director of global manufacturing strategy and planning in Jan. 2020. Previously, he served as executive director for GM’s Lansing Delta Township (LDT) assembly plant, which employs over 2,500 workers who produce the Buick and Chevrolet crossovers. Purty holds a bachelor’s degree in electrical engineering […] 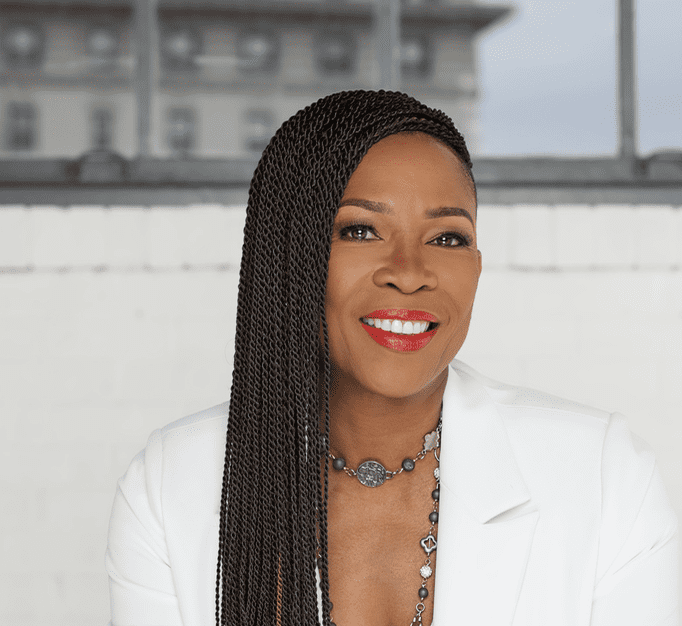 David J. Albritton is president and general manager of General Motors Defense LLC, which is GM’s new business entity focused on providing innovative and advanced automotive technologies and services to the global aerospace, defense and security industries. Previously, he was GM’s executive director of product development and international communications, a member of the board of […] 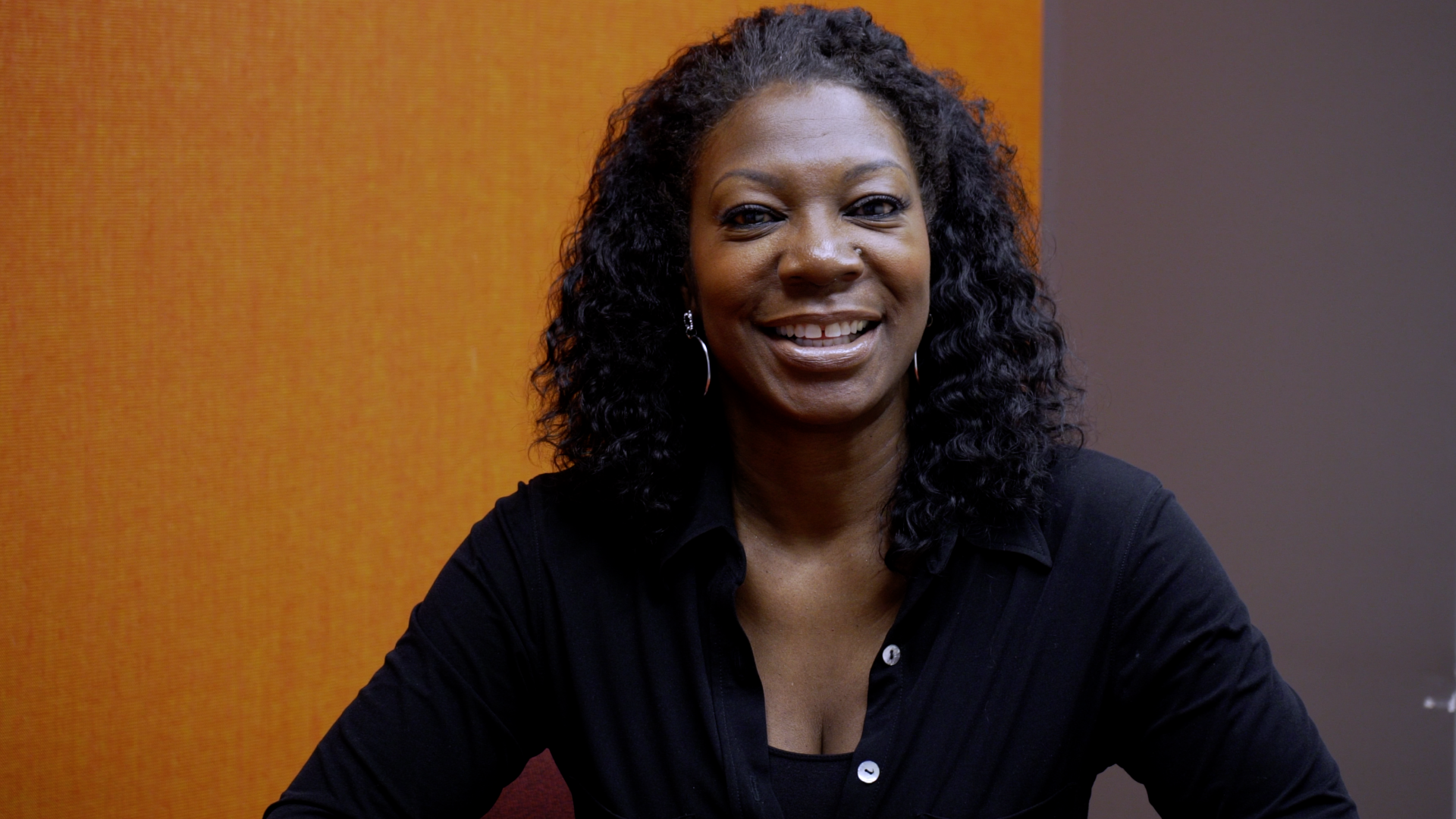 Romina Brown is the president and CEO of Strategic Solutions International, a category growth management company for the textured hair care industry. With a background in strategic planning and integrated marketing, Brown opened the Chicago based business in 2004. Brown has experience working with world-renowned CPG, beauty, apparel and real estate brands. She is also […] 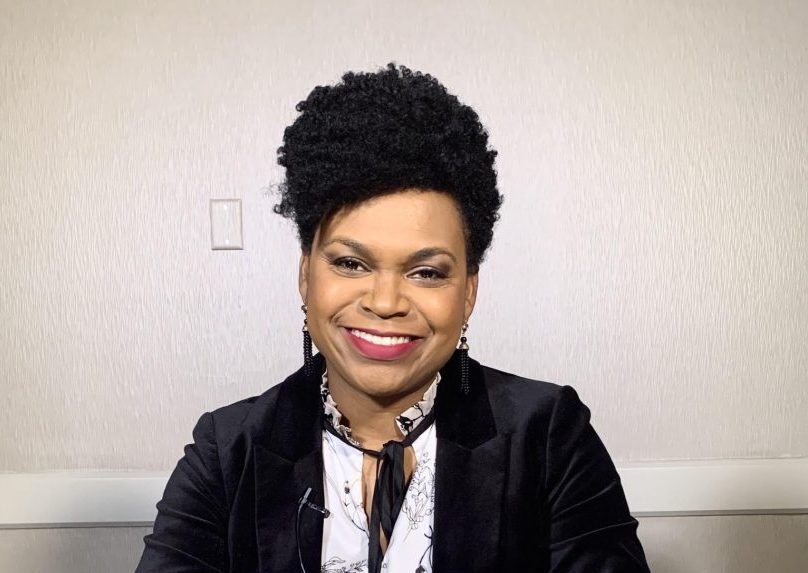 Rozalynn Goodwin and her 7-year-old daughter Gabby are the founders of Confidence by Gabby Goodwin — a natural hair care brand for children. Together, they solved the problem of loose, poor quality hair barrettes by inventing GaBBy Bows. The brand, inspired by Gabby’s own hair woes, is the first patented double-faced, double snap hair barrette […] 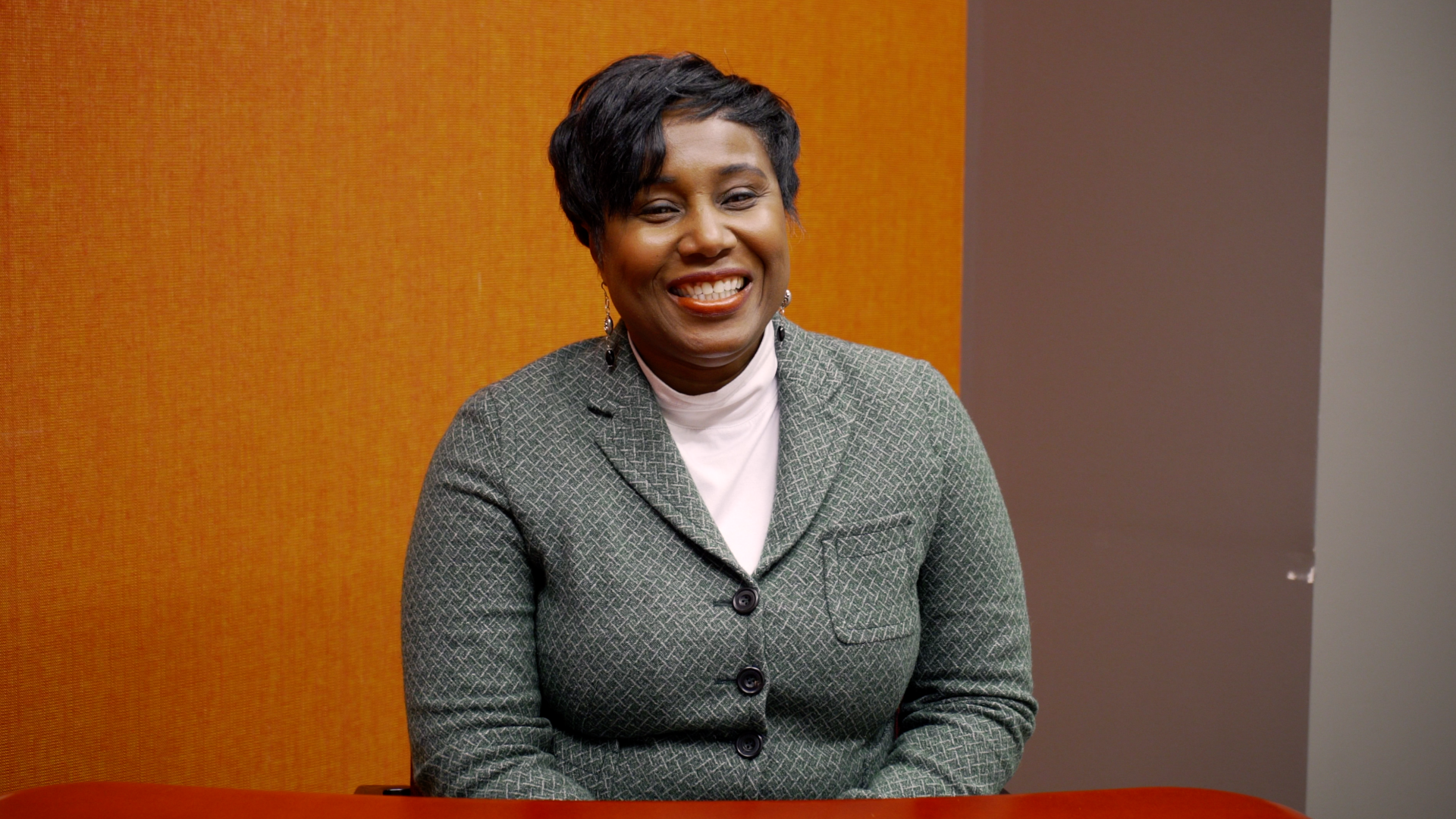 Ursula Dudley Oglesby is the CEO and president of Dudley Corp. LLC, a beauty brand that she started in 1967. The Brooklyn-born business leader and humanitarian began working at the Dudley Beauty Center in Greensboro, North Carolina, as a cashier and even sold products door to door in her neighborhood at 7 years old. Upon […] 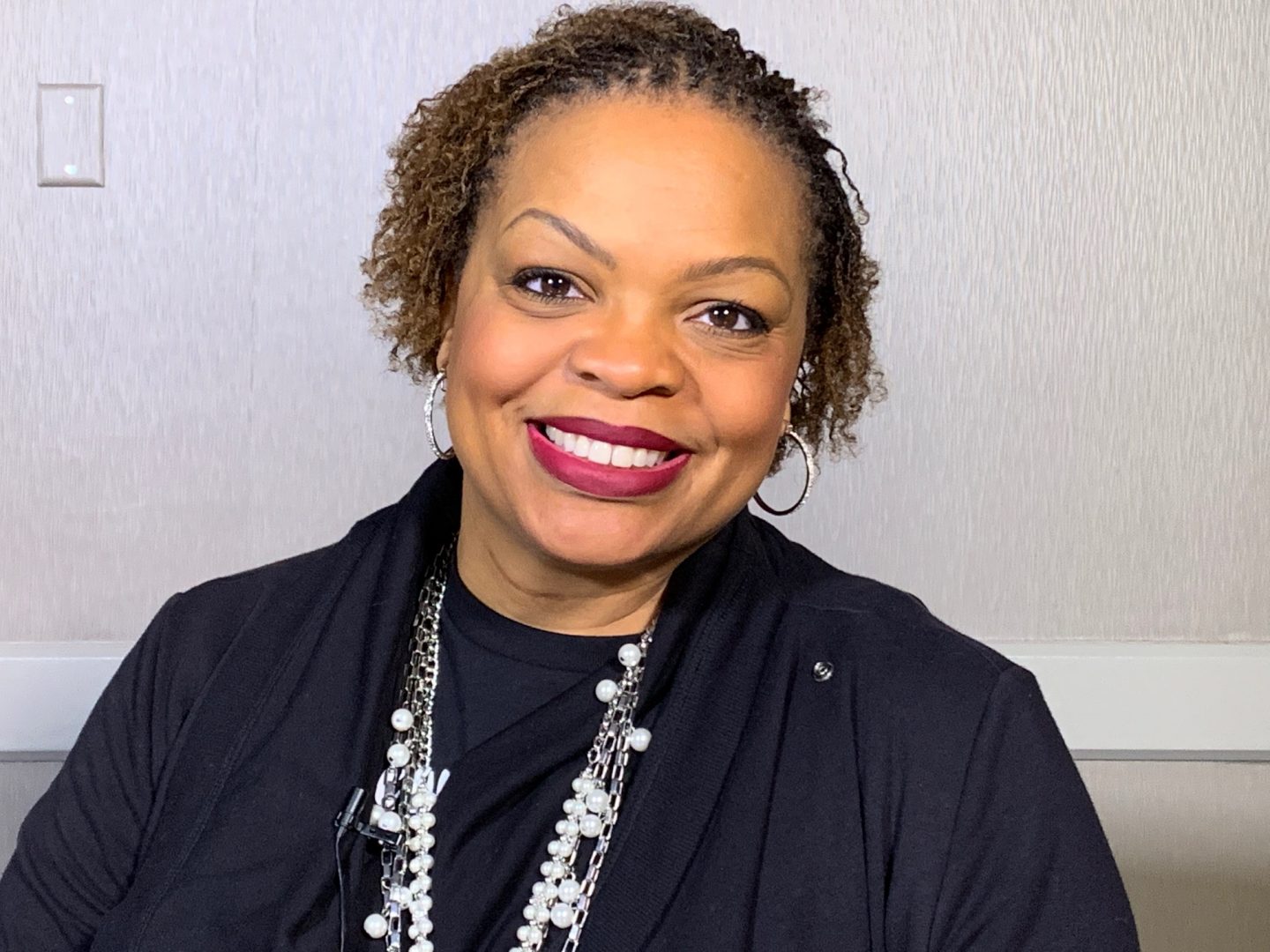 Angela Hawkins is the founder of Bamblu —  a sleep company that offers bedding, sleepwear and aromatherapy products to help people get the rest they need. Bamblu’s products are made from organic bamboo fibers — a unique fabric designed to promote the deep, restful, restorative sleep people deserve. We spoke with the Bamblu boss lady […]