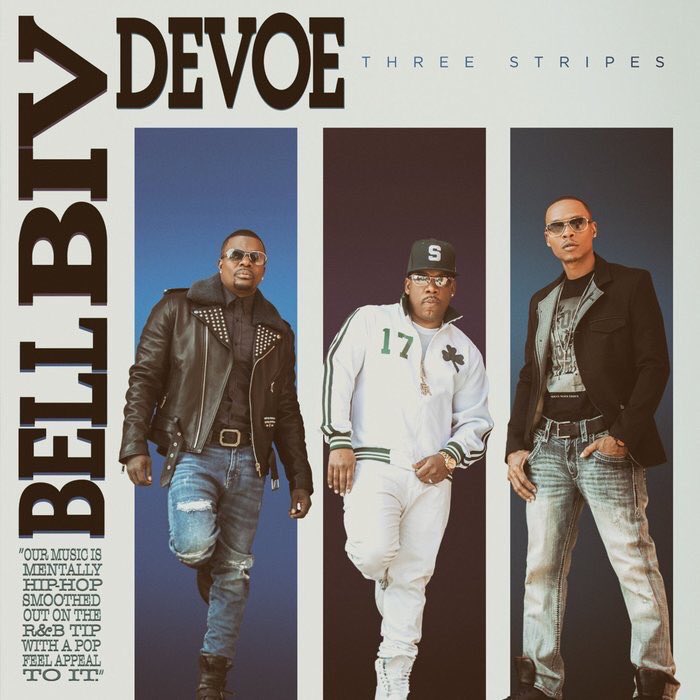 Pioneers. Legends. Innovators. Three inspirational terms that define the three-man trio that is Bel Biv DeVoe. For over three decades, these three artists have pushed the limits on their singing abilities and creativity with New Edition starting in the late ’70s, and their own super-group, Bel Biv DeVoe in the early ’90s. In 1990, BBD released what would be their biggest single, “Poison.” Even after 27 years, if you’re at any type of social function and you hear that infamous four-bar loop, “ta da da da, da da da da da, DAT,” your body moves involuntarily to the dance floor. They might not have imagined it for themselves, but it was all in divine order for Ricky Bell, Michael Bivins, and Ronnie DeVoe.

Before becoming BBD, the trio from Boston started out as New Edition along with Ralph Tresvant who was the lead singer, and Bobby Brown who sang lead as well. Together, they released classics such as, “Candy Girl,” “Mr. Telephone Man,” “If It Isn’t Love,” and “Can You Stand the Rain.” Record company pressures and internal conflict forced NE to kick Bobby Brown out of the group which led to Johnny Gill joining the group in the late ’80s. Their dynamic history was brilliantly showcased over the course of three nights on BET. “The New Edition Story” broke records with 4.2 million viewers tuning into watch the triumphal highs and tragic lows of arguably the greatest R&B group of all time.

Three Stripes is BBD’s first album in almost 16 years but it sounds as if they never left the studio. BBD merged their strengths within their lyrics and singing and provided fans with a perfect balance of each member. Songs such as “Find a Way” and “Hot Damn” are more dance driven while “All Dat There,” “Finally (feat. SWV),” and “One More Try (feat. Boyz II Men)” cater to their R&B roots. If you look at the album tracklist, you will see a few familiar legends in their own right such as Doug E. Fresh, SWV, and Boyz II Men. Artists of today are following the palatable album route with 10 or 11 tracks being the maximum amount on a single project, which BBD decided to do also.

These three legends paved the way for every big name in R&B and hip-hop of today. They haven’t missed a beat in terms of their musical talent. If you’re a true R&B fan, you will thoroughly enjoy Three Stripes from start to finish.

Listen to Three Stripes on Spotify.