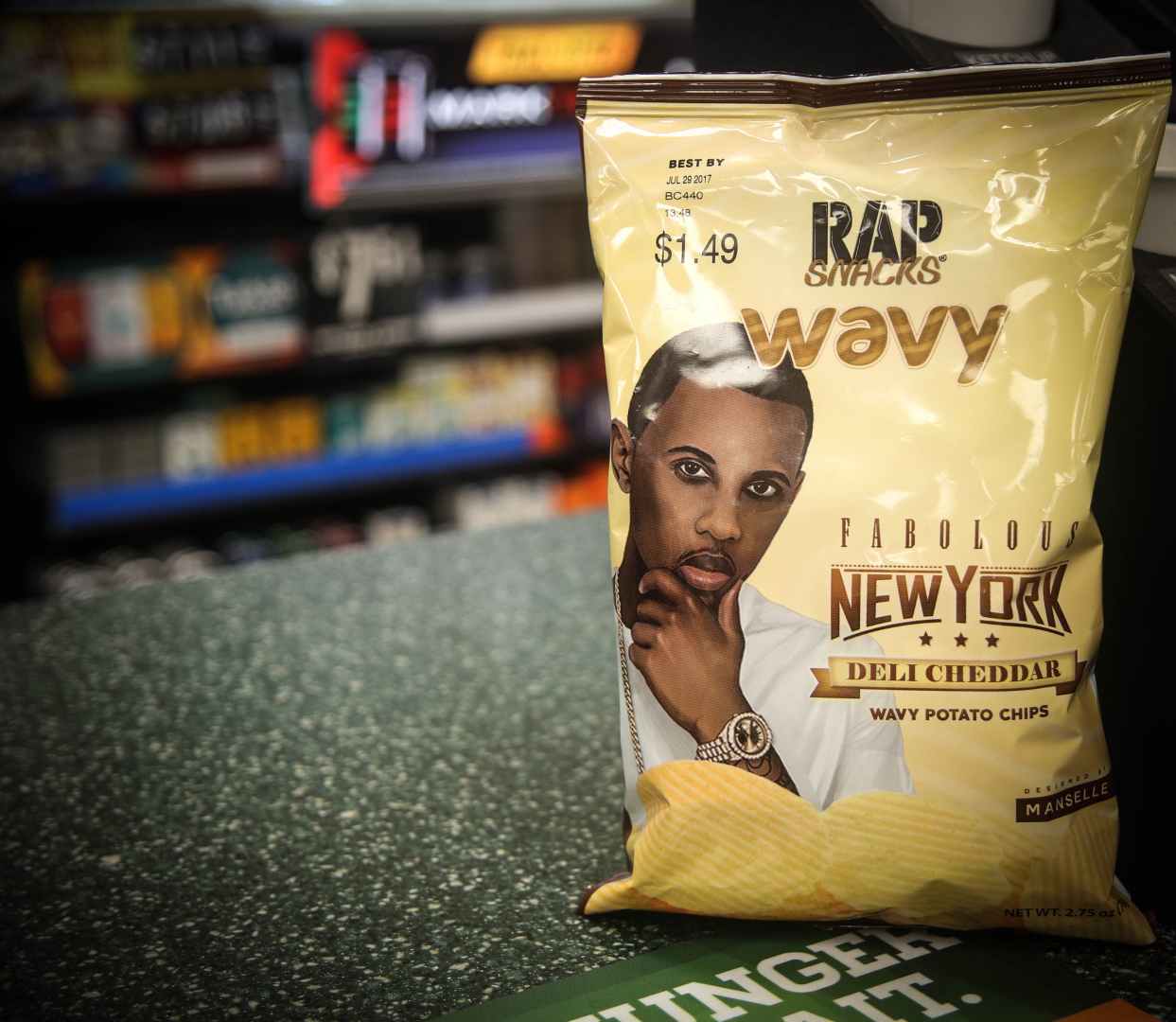 For over two decades, popular potato chips Rap Snacks have been teaming up with hip hop’s iconic rappers as well as up and coming faces. While many athletes are known for appearing on snacks like Wheaties, Rap Snacks has strategically created a space to celebrate hip hop in an industry that has not always seen its value.

Since 1994, they have continued to build partnerships with the true movers and shakers of the rap industry. This week, they announced their exciting partnership with rapper and business leader Fabolous. Creating a flavor dedicated to his hometown in Brooklyn, fans can taste a slice of the concrete jungle with his personalized “New York Deli Cheddar” wavy potato chips.

This is the second flavor of chips to be released after the company re-launched this year. Last month, Rap Snacks partnered with Migos on their flavor “Sour Cream with a Dab of Ranch.” While Rap Snacks have formed new strategies, this company is no stranger to creating unique partnerships with affluent people outside of their typical food and beverage market.

The brand has brought a fresh perspective to snacks that showcased artists like Master P, Mack 10, Kanye West and even Bell Biv Devoe. Through Rap Snacks’ continued success and the release of its recent flavor with Fabolous, here are three things Black businesses can learn from this strategic partnership:

Rap Snacks did a great job of choosing a market that overlooked hip hop artists. This created a business plan that immediately allowed them to stand out among other snack companies. Get creative and think outside the box of what type of industries or people you may be overlooking. Another great example of this is the MAC partnership with Selena Quintanilla. Instead of partnering with another high profile celebrity they dedicated a makeup line to a legend who would grab the attention of old and new fans.

Always keep your audience in mind

When partnering with potential companies and brands you must always analyze if the opportunity is right for your audience. A business myth is that if your company can be endorsed by a celebrity or large brand then you will automatically sell a product. But if you can’t deliver an engaging partnership that upholds your values, it becomes easier to lose your audience. Fabolous was perfect to partner with Rap Snacks and the company excels in sticking to people that their audience will connect to. Do an in-depth study of what your audience wants before considering a partnership to deliver maximum results.

Another strategy that Rap Snacks does well is personalizing each customer experience. By allowing Fabolous to pick his own flavored chips, name them and put his face on the bag, the company creates an experience that directly attracts his fans. Being from Brooklyn is part of the Fabolous brand and Rap Snacks does a great job of letting him celebrate that. After you have found the right partnerships, it is important to tailor your campaign or product to fit the personality of the brand or person you are collaborating with. This will not only connect with your audience to make them loyal buyers but also the audience of the partner that may have not known about you.

You can find the Fabolous potato chip release of Rap Snacks in more than 40 markets across the country.