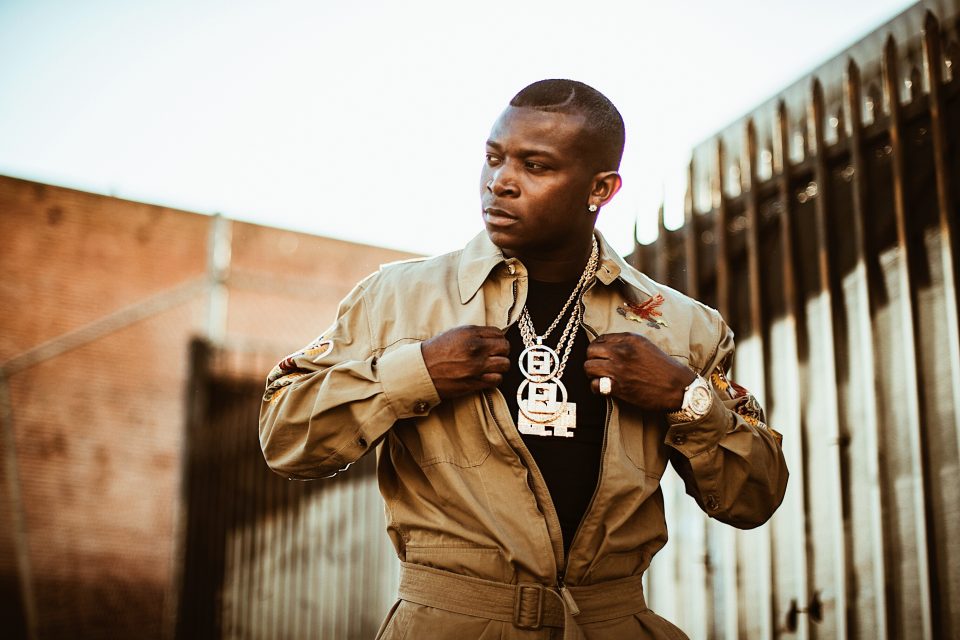 Conglomerate Entertainment-Fast Lyfe-Atlantic recording artist O.T. Genasis is hip-hop’s newest trap star. His anthem-worthy tracks boast an evolution for the genre as proven by the nod to his music from industry icon Beyoncé.

The piano-laced “Everybody Mad” was featured during Beyoncé’s historic Coachella performance earlier this summer. Her notorious “Everybody Mad” routine is now a part of her On the Run II tour with Jay-Z.

The featured placement of “Everybody Mad” follows Beyoncé’s previous use of O.T. Genasis’  2015 smash, “Cut It (Feat. Young Dolph),” during her 2016 Formation world tour. That single, now certified double platinum by the RIAA, proved a top 15 hip-hop hit while also reaching the top 40 on Billboard’s overall Hot 100.

O.T. Genasis is currently Crip walking across stages with Wiz Khalifa and Rae Sremmurd, on the Dazed and Blazed tour. Rolling out caught up with O.T. during the kick off of the tour. Check out his thoughts on adapting to the industry, what makes his brand of trap music unique, something about him that will surprise fans and more.

Tell us about your name and how you became O.T. Genasis.

I always traveled [out of town]. When we used to get money, back in the day, we used to say, “We’re going OT, we’re going out of town.” Genasis comes from the Bible and I spell it with an “a” instead of an “e” ’cause I didn’t want to be criticized in church. It stands for the beginning. I’m a new artist and I have a whole different sound. My sound is totally different from everybody else on the West Coast.

Describe your brand of trap music.

It’s trap, but it’s also a good time. I like having fun, I like to party, I like to club, I like vibes, I like positive energy. I’m a street dude, so I bring a little of that in there. That’s why most of my songs sound the way they sound. I want to have it to where kids can still vibe to it, but I can still get my own message off.

Congrats on signing with Atlantic Records. How does it feel to be on a major label?

It’s a dope feeling. It’s better than being on your own, independent, having to grind everything out. You actually get to see everything; see who works for what; who’s in the building; who has control of this, control of that. Basically, I have a team behind me, it’s a humbling experience … I love it.

Talk about your transition from being a street dude to an industry dude. There are a lot of dynamics that come into play.

First, it was hard because I don’t like being told what to do. But you’re not being told what to do, they just wanna do what’s right for you. Everything here is timing. It took a while, but I love it because it doesn’t just help me as far as music goes. It helps me in my day to day life. I handle situations totally different. And knowing that I am who I am, trying to progress and go to the next level and work hard — and I’m a father. I have all this stuff going on, so it helps me. It’s dope … it’s a great feeling.

You’re new to the game, but you already have vets giving you props. What did you think when you found out Beyoncé did not just one, but two of your songs?

If anybody ever told me I was wrong … Beyoncé told me I was right! When I first found out, I was doing a show in North Carolina. Everybody was watching Coachella and I wasn’t, I was on the road. I was on my way to an after-party, and my phone was just going stupid! My brother called, so I had to pick up. So I’m checking my messages and people are sending screengrabs and little short videos … and I went crazy.

What’s it like touring with Wiz Khalifa and Rae Sremmurd?

The thing is, we’re all good friends, even before this tour. It’s gon’ be crazy ’cause everybody on this tour is lit.  And everybody knows how to give a good show. I’m looking forward to this one.

The video for your latest single “Cash On It” is a switch up from your past videos, talk about that change.

Yeah, I wanted to do something dope and fun. So I’m in the desert, I’m turnt, I’m dancing … it’s a vibe.

When is your album dropping?

The album is already done, the only thing is, I cannot stop recording, I’m always recording. I’m gonna drop it when I get off tour, so I have time to promote it.

Share something about O.T. Genasis that would surprise your fans.

Who’s on your bucket list of artists you want to work with?