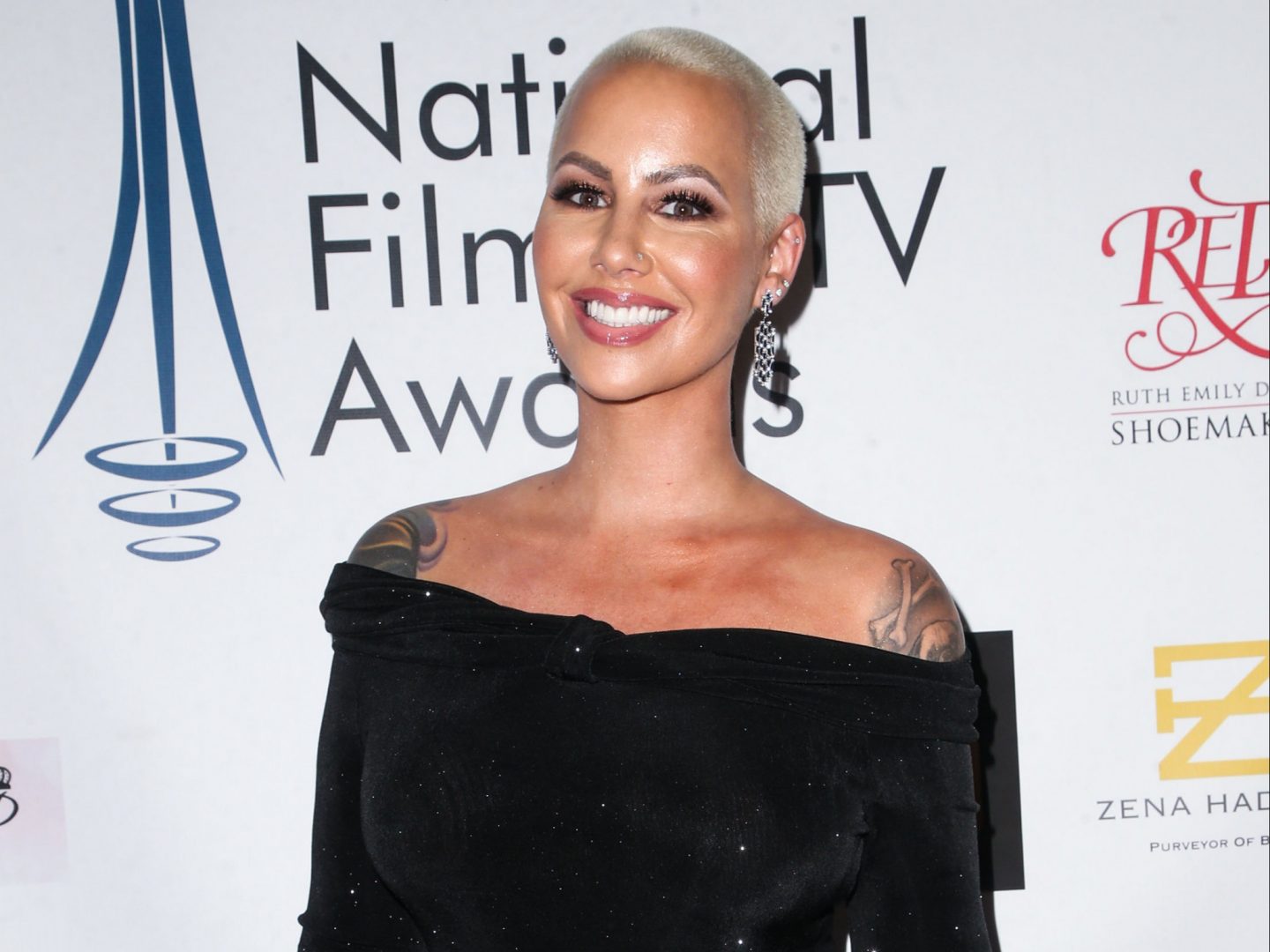 Amber Rose wishes she could “fix” her “narcissist” cheating ex-boyfriend Alexander “AE” Edwards, who admitted to cheating on her with 12 women. The 37-year-old businesswoman used Instagram Story this week to accuse the Def Jam employee — who is the father of her 22-month-old son Slash — of being unfaithful to her at least a […] 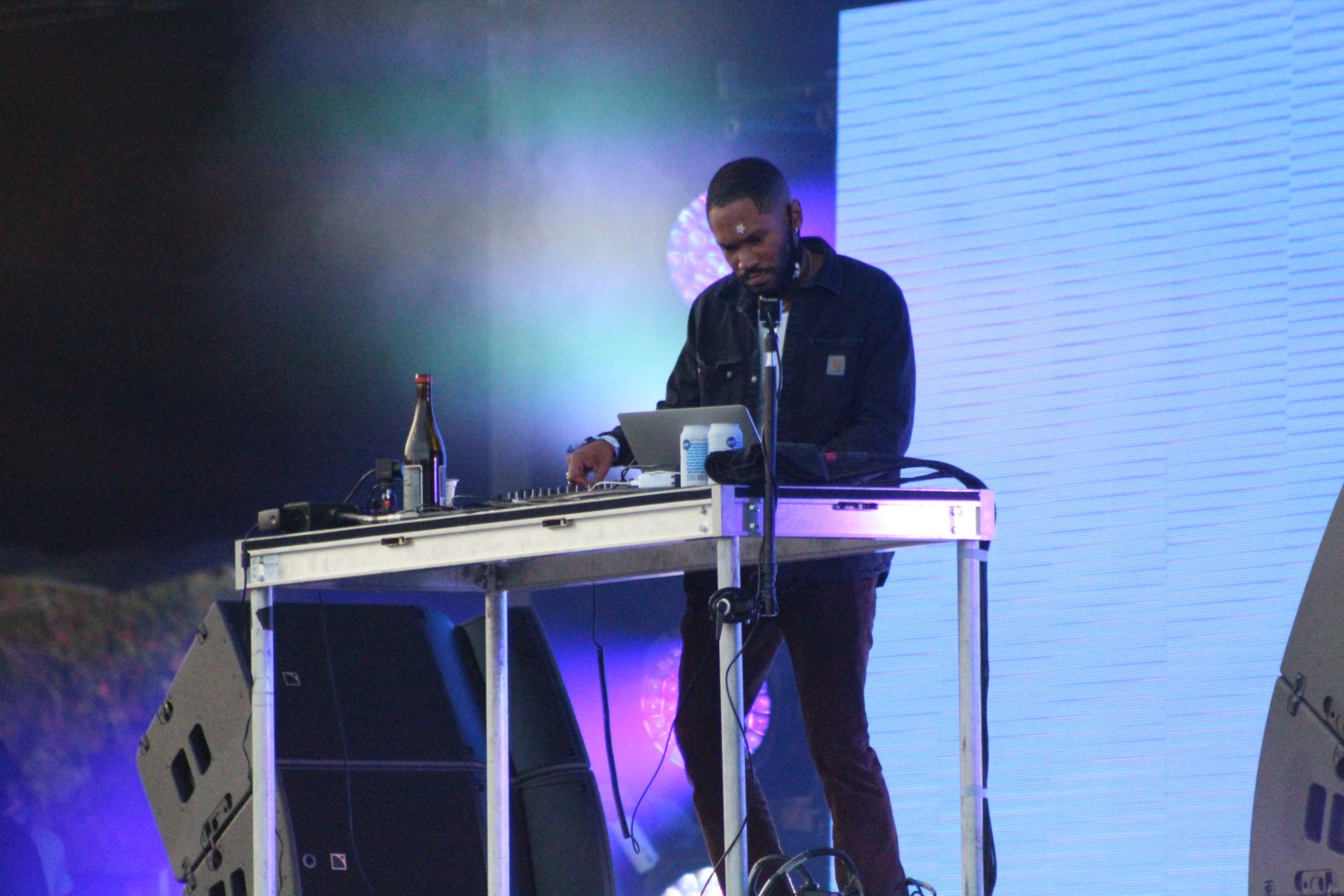 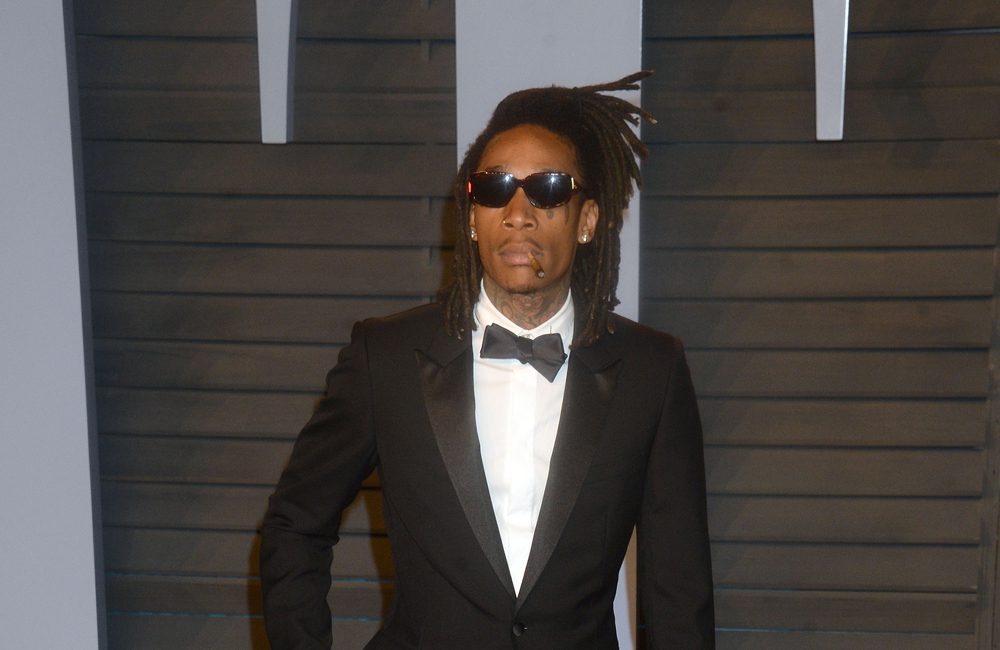 Rap star Wiz Khalifa announced to his vast fan base that he has contracted the novel coronavirus. The former military brat-turned-lyricist, who was born in North Dakota but raised in Pittsburgh, informed his 36 million Twitter followers on Wednesday night, July 14, 2021, that he has the dreaded disease. So far, however, the 33-year-old rapid […] Wiz Khalifa continues to expand his Khalifa Kush (KK) cannabis brand and has now forged his way into Michigan. The “Young, Wild & Free” rapper entered into an exclusive partnership this week with Gage Growth Corp., a  cannabis brand and operator in Michigan, to develop and launch a line of premium cannabis products in the […] 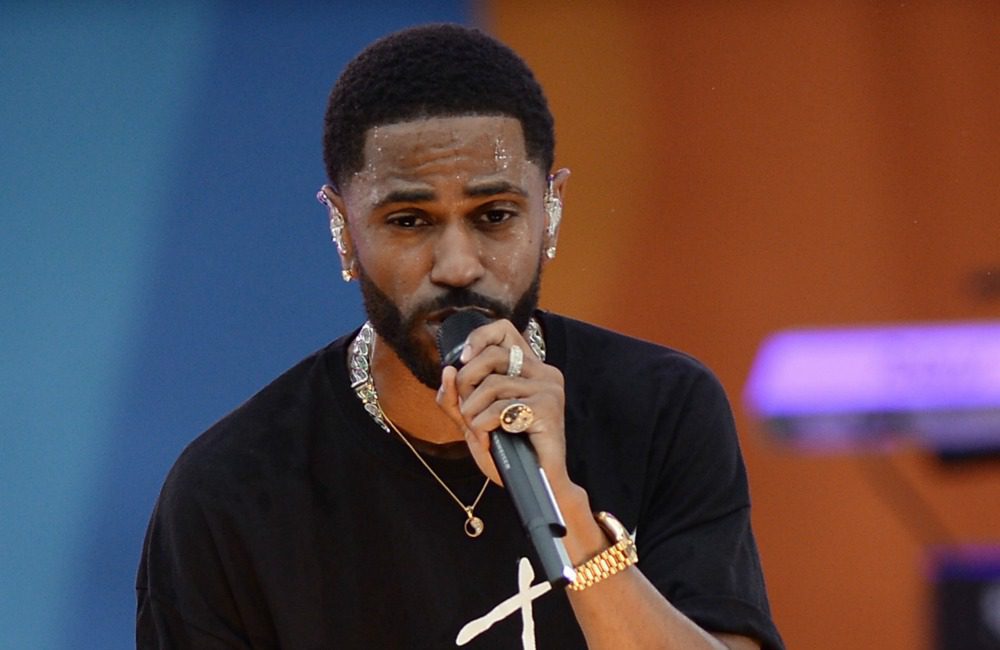 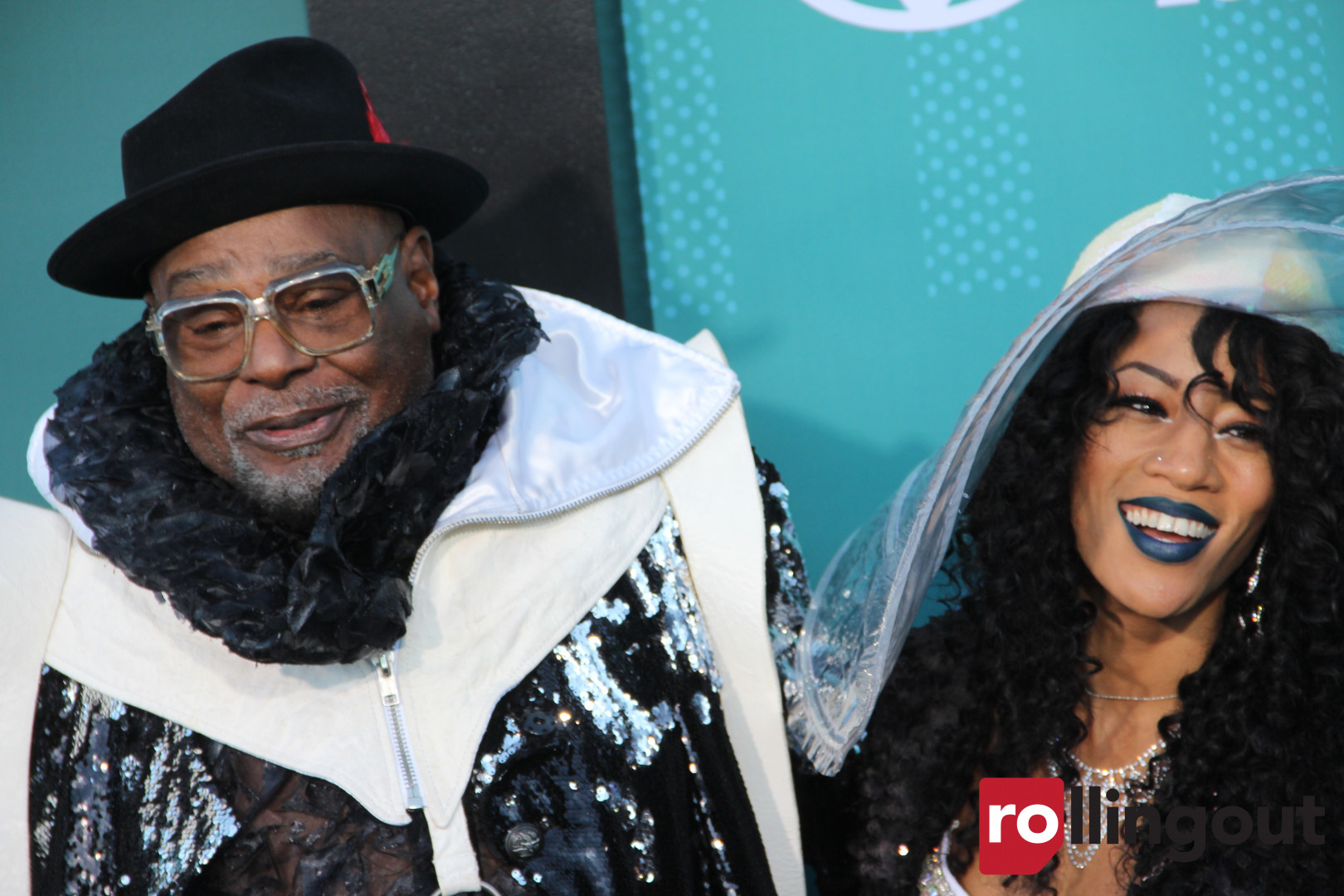 Wiz Khalifa has been added to the cast of the upcoming biopic about Casablanca Records’ founder Neil Bogart called Spinning Gold. The “Young, Wild & Free” rapper will play Parliament-Funkadelic bandleader and legend George Clinton in a role that was originally slated for Samuel L. Jackson. Currently in production in New Jersey, the film will […]

Wiz Khalifa made several strategic business moves this week that will keep him financially stable if he ever decides to take a break from the music game. The “Black and Yellow” rapper has discussed being a fan of mixed martial arts fighting for years and now he’s stepping into the ring himself. Khalifa joined the […]

Snoop Dogg and David Arquette will star in the upcoming comedy Domino: Battle of the Bones which is scheduled to hit theaters on June 11. The film will be the directorial debut of former NBA player Barron Davis and follows a Black grandfather and his awkward White step-grandson competing for a dominos world championship title […]

Cardi B. fires back at Wiz Khalifa’s tweets after her Grammy win 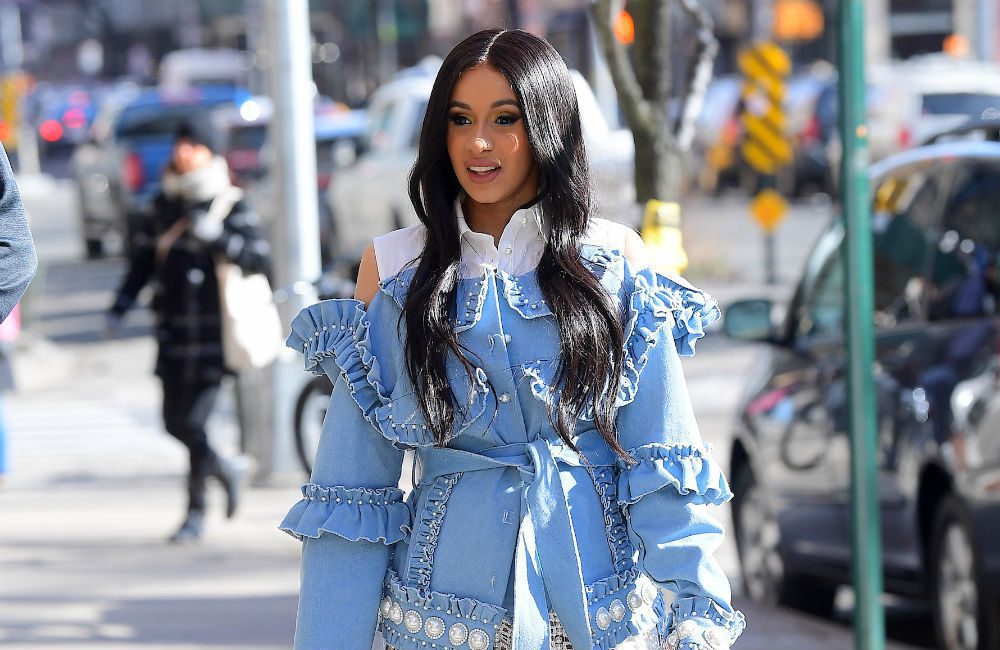 Cardi B. is not pleased with Wiz Khalifa’s tweets in response to her winning a Grammy over Nicki Minaj. On Tuesday, Wiz weighed in on the Grammy Awards and how it tends to leave some talented artists feeling when their work is not recognized by the Recording Academy. However, he remained optimistic that he would […]

Amber Rose shuts down her critics 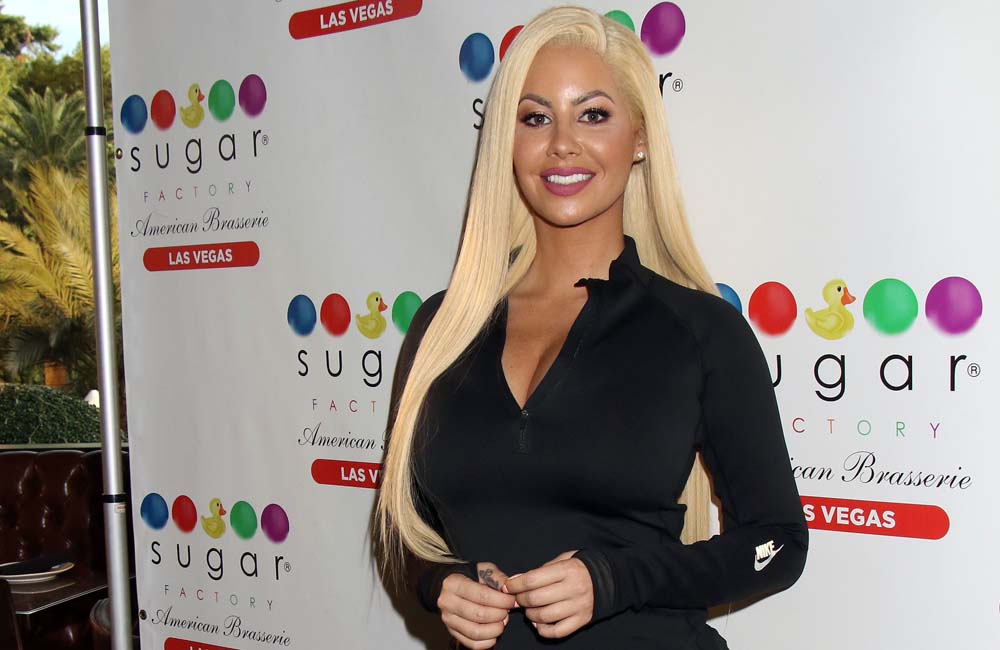 Amber Rose doesn’t let her critics control her life. The 36-year-old model and businesswoman received criticism online earlier this year when she debuted her forehead tattoos, which read “Bash Slash,” in honor of her two children — Sebastian, 7, whom she has with Wiz Khalifa, and 12-month-old Slash, whom she welcomed with her boyfriend, Alexander […]

Wiz Khalifa thinks it’s important to be in charge of his own career. The 32-year-old star has urged up-and-coming rappers to “be the captain of your own ship,” stressing the importance of having unique ideas in order to sustain success over a period of time. He said: “You have to be the captain of your […] 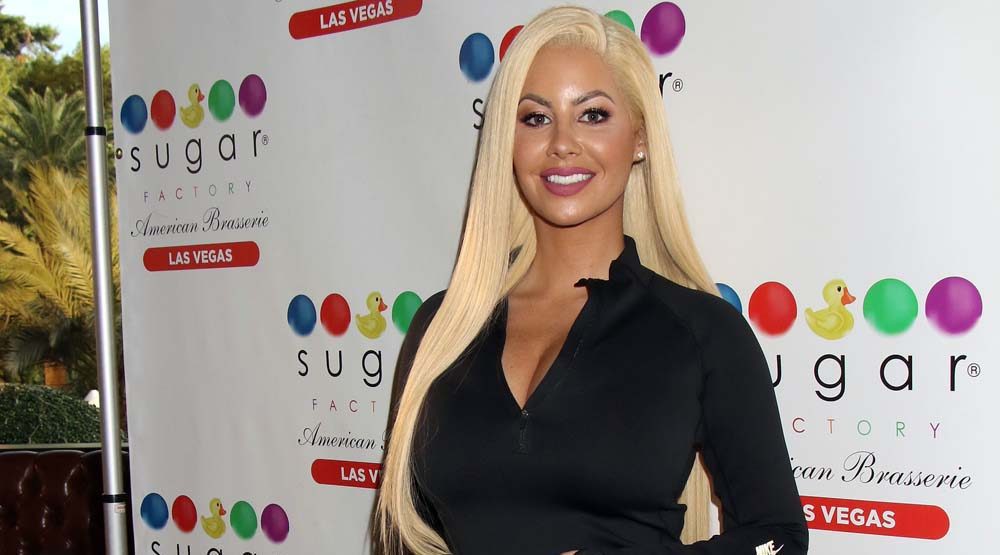 Model and socialite Amber Rose showed off her and Alexander “AE” Edwards’ newborn baby boy. Rose, 35, posted the first photo of the infant, Slash Electric Alexander Edwards, on Oct. 13. The former stripper who was plucked from obscurity by Kanye West, already has a 6-year-old son, Sebastian Taylor, with her ex-husband, “Black and Yellow” […] 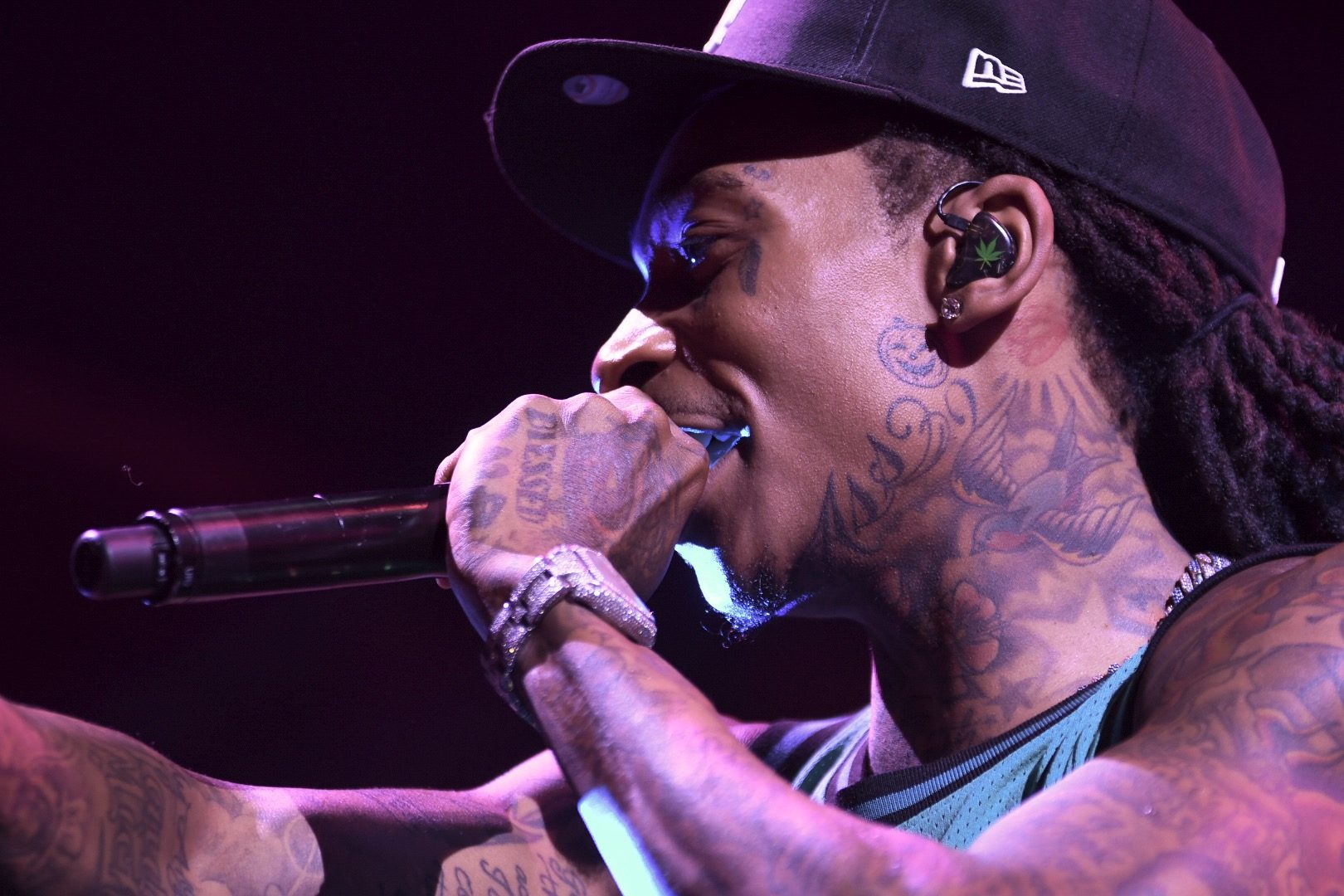 French Montana and Wiz Khalifa are the headlining acts for the highly anticipated “Decent Exposure Tour.” Thus far, the tour is shaping up to be the top hip-hop event of the summer. The tour recently made its way to Atlanta with a show that took place before a sold-out crowd at the Cellairis Amphitheatre at […]

Wiz Khalifa and his son secure a major commercial deal 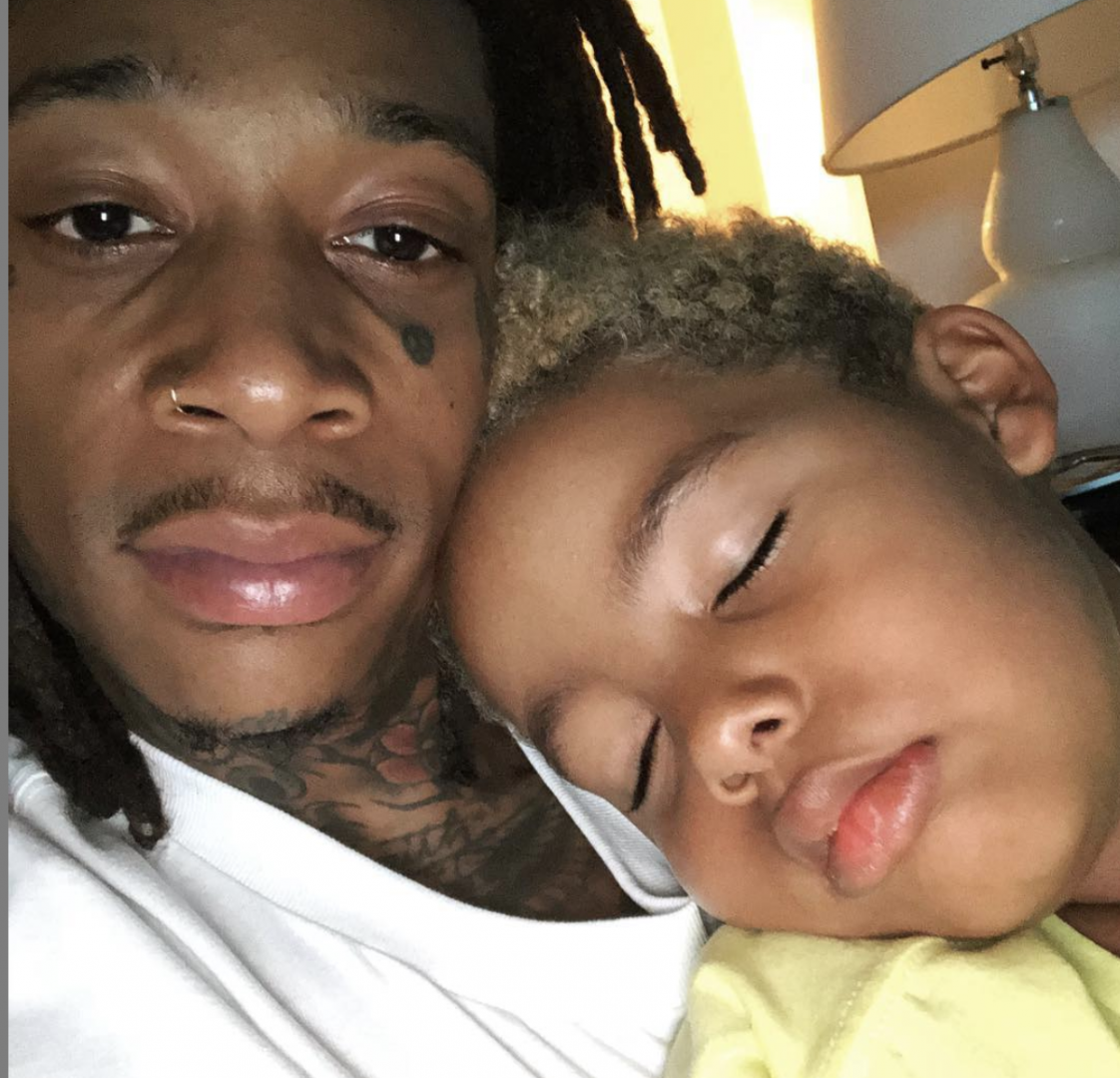 Wiz Khalifa has been busy in the studio, being a father and starring in major commercials. In addition to releasing his highly anticipated 2009 project with Curren$y, he also secured a major commercial deal with Oreo. The Pittsburgh native and his 5-year-old son Sebastian — whom he has with Amber Rose — are the newest stars in Oreo’s “Stay Playful” campaign. If […] 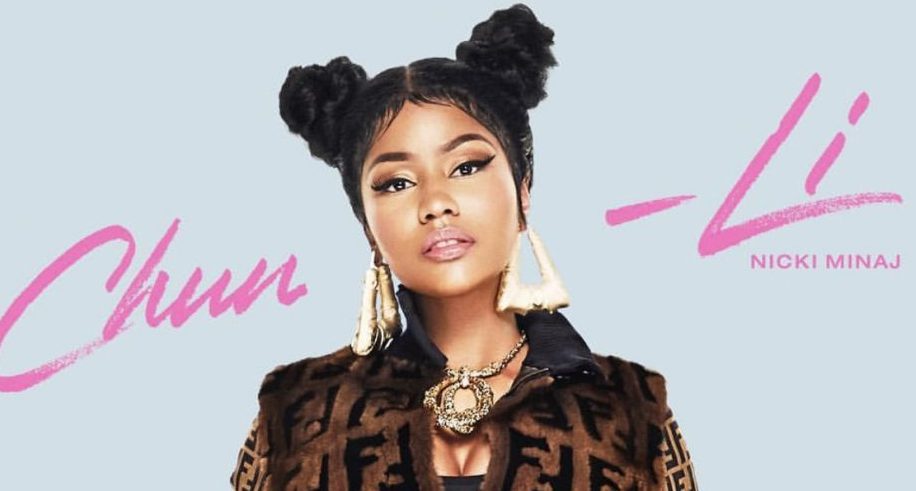 It is always fascinating to see which artists are making boss moves within the ubiquitous genre of hip-hop, along with those who are playing the game right and end up on the annual Forbes Cash Kings list of highest-paid rappers. No one can tell you anything when your name is plastered all over the internationally renowned financial […] Rapper Mac Miller has reportedly died of a drug overdose, according to TMZ. The 26-year-old rapper was dealing with substance abuse issues and had recently been charged with a DUI after wrecking his G-Wagon and leaving the scene in May. Miller’s accident occurred following a public break-up with singer Ariana Grande. Following Miller’s accident and arrest, […] 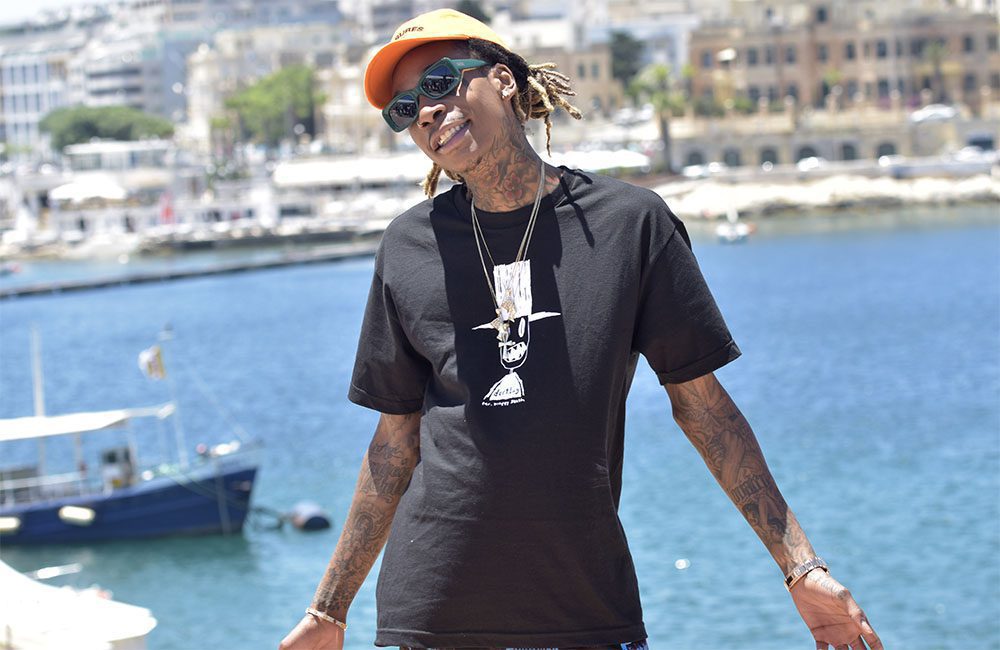 Wiz, who has five-year-old son Sebastian with ex-wife Amber Rose, wasn’t at his home in the San Fernando Valley when two men wearing hoodies broke some glass and entered the abode at around 4:45 a.m. on Saturday, Aug. 25, 2018, but a member of his team was present. The house sitter heard a noise and […] 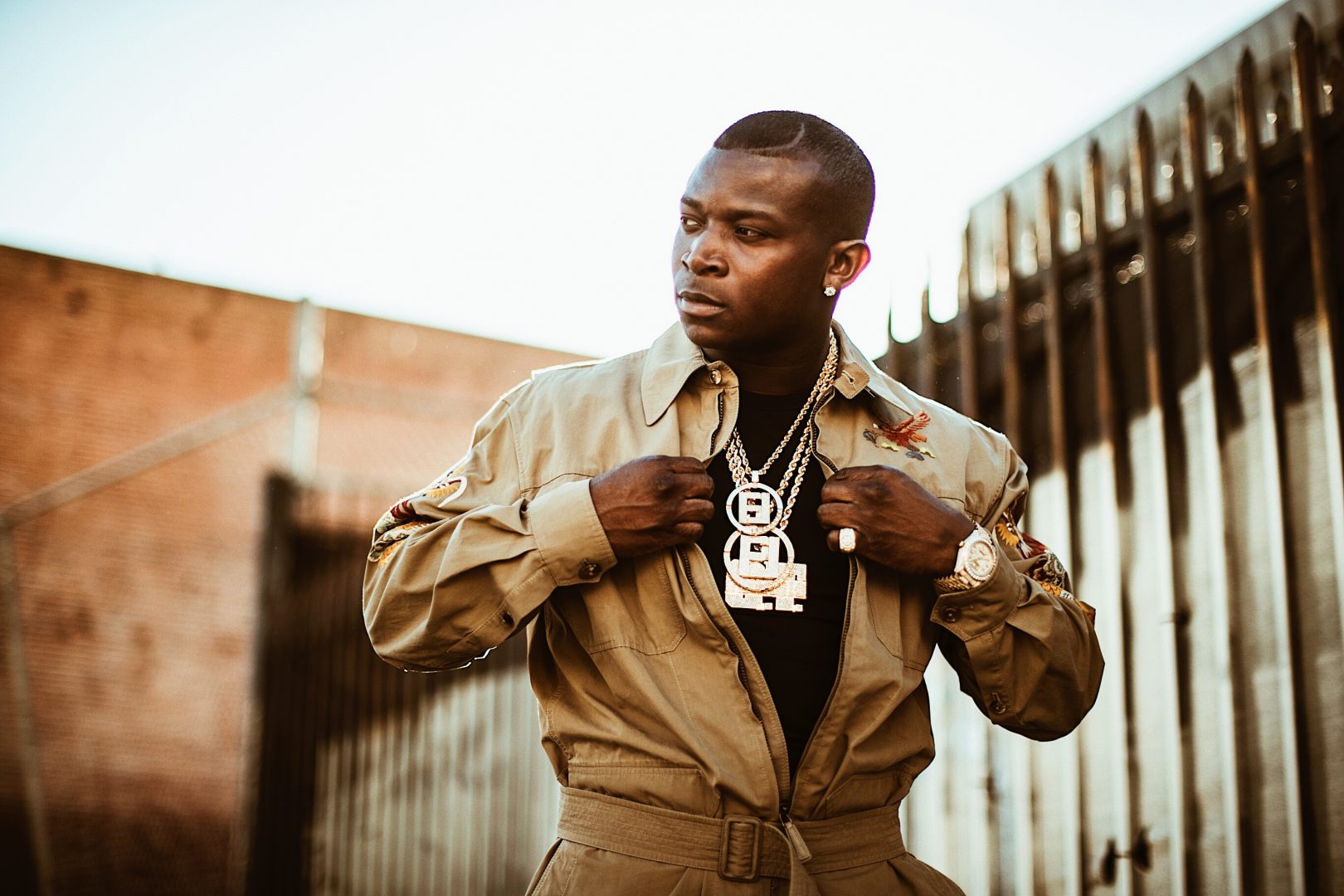 Amber Rose pleads with 21 Savage to come back to her; his harsh response 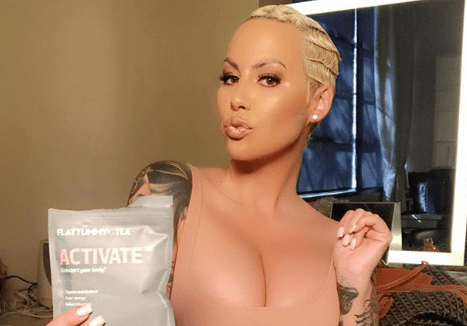 Amber Rose is in full panic and thirsty mode trying to pry her ex-boyfriend from the land of the free. The socialite has pulled out all the stops to get back with her “soul mate,” former boyfriend 21 Savage, and she traversed the length of the North American continent to let him know how she […]