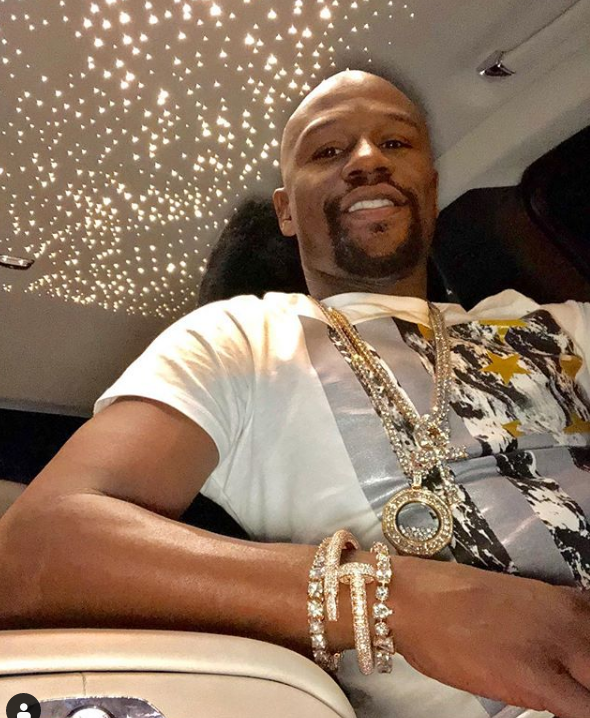 All-time boxing champ Floyd Mayweather had to duck on Thursday, Feb. 14, 2019, after he was pummeled with insults from celebrities and pop culture fans alike for defiantly — and some say bombastically — supporting Gucci despite the recent uproar over a sweater in its clothing line that resembles blackface.

Now that he’s recovered from the social media beatdown, “Money” Mayweather is firing back at his critics, especially two familiar foes. Rap moguls T.I. and 50 Cent took umbrage with Floyd — who frequently flosses his obscene wealth — for pretentiously walking into a Gucci store on Rodeo Drive in Beverly Hills and coming out with bags of the Italian designer’s apparel, all with cameras and flunkies in tow. Mayweather barked to the paparazzi that he is not a follower and that he intends to enjoy life and get on a yacht and sail the seas.

The champ did not enjoy the blowback he got for his hubris, however. The hip-hop community disavowed the fashion company and Mayweather alike. T.I. and former BFF 50 Cent scorched Mayweather with merciless memes, with T.I. calling Mayweather a “F— N—-” in a blistering Instagram post. 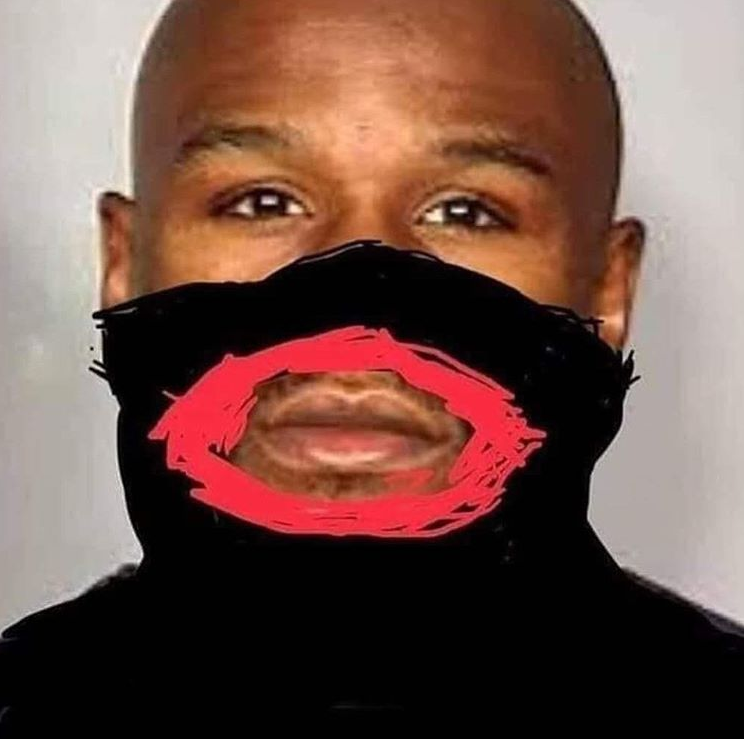 Mayweather took to Instagram to clap back at the legion of haters. He penned a lengthy statement of sorts, essentially calling out those in the rap game for their fickle loyalties and misguided boycotts. Most of all, Mayweather said the T.I., 50 Cent and their fans are being flagrantly hypocritical.

“In light of the most current boycott and digital outrage, I wanted to take the time to address a couple of issues that I myself have trouble wrapping my mind around,” he begins.

“Why would we (as a people) agree to a temporary boycott of Gucci for merely 3 months if what was done caused so much strife? Why wouldn’t we agree to a permanent boycott of Gucci as well as all other merchandise that fall under the Kering ownership, such as YSL, Balenciaga, Alexander McQueen and more? I’ll tell you why, it’s because in this day, celebrities and failing artist pick and choose the hottest trending topic as a means of seeking attention and using fake advocacy as their platform when their ‘talent’ no longer benefit them. (sic)”

Floyd continues, blasting out his archenemies for the glorification of toxic masculinity, criminality and promiscuity in rap music, which he argues has a detrimental effect on the Black community.

“These same celebrities are proud deadbeat fathers and unfaithful husbands using their platform to rally the troops against luxury brands, yet have been the prime contributors of influencing the destruction of our people by way of their musical content and imagery.”(sic)

Mayweather deliberately cattle-prodded T.I and 50 Cent, in particular. Tip is a known philanderer, who has had many side-chicks throughout his career, and 50 Cent has been entangled in long legal battles with his baby’s mama over his firstborn son.

Do you believe that Mayweather made a point with his comeback post?