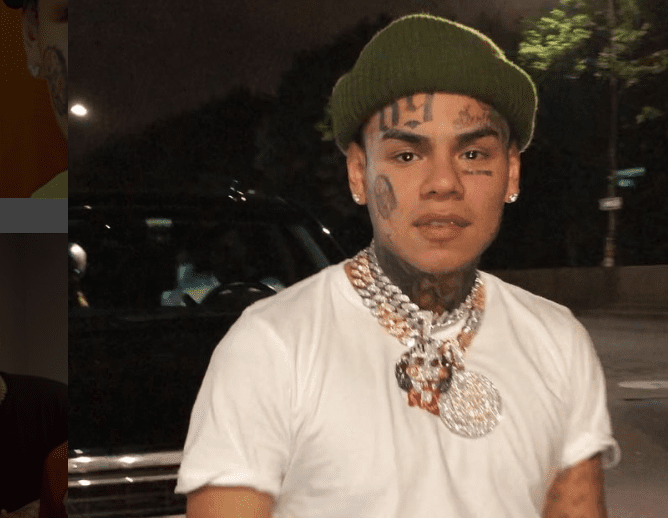 Tekashi 6ix9ine is set to be the subject of a Snapchat docuseries.

The popular photo-sharing app launched the Snap Originals brand for its serialized scripted shows and docuseries back in October 2018, and now, it’s set to launch a slate of new content, including a docuseries titled “Tekashi69 VS The World.”

The docuseries will follow the 23-year-old controversial rapper, whose real name is Daniel Hernandez, and trace his rise and fall from his earliest days growing up in Brooklyn, through his chart-topping career and star-studded collaborations, to his trouble with the FBI and eventual incarceration.

“Tekashi69 VS The World” is part of a new franchise launched by Snapchat titled “VS The World” with plans to have several series that will explore the life and journey of some of the biggest names in hip-hop, sports, and entertainment culture.

The Snap Originals are made exclusively for Snapchat and utilize the unique ways users watch content on their mobile phones.

Each video is typically no longer than five minutes, is played vertically and is fast-paced, with graphics, split screens and quick cuts.

“Tekashi69 VS The World” will be joined by a host of new shows on the platform, including the second season of docuseries “Bringing Up Bhabie,” which follows 16-year-old rapper and viral sensation Bhad Bhabie as she continues on her rollercoaster ride through fame and stardom.

Transgender beauty mogul Nikita Dragun is also getting her own series titled “Nikita Unfiltered,” which sees her reveal a vulnerable new side of herself that her millions of fans haven’t yet experienced as she starts to date as a woman for the first time.

And “The Honeybeez” will follow Alabama State University’s dynamic and inspiring plus-size dance squad as they persevere to showcase their remarkable performances on the biggest collegiate stages.

The new slate of Snap Originals is set to debut this fall.