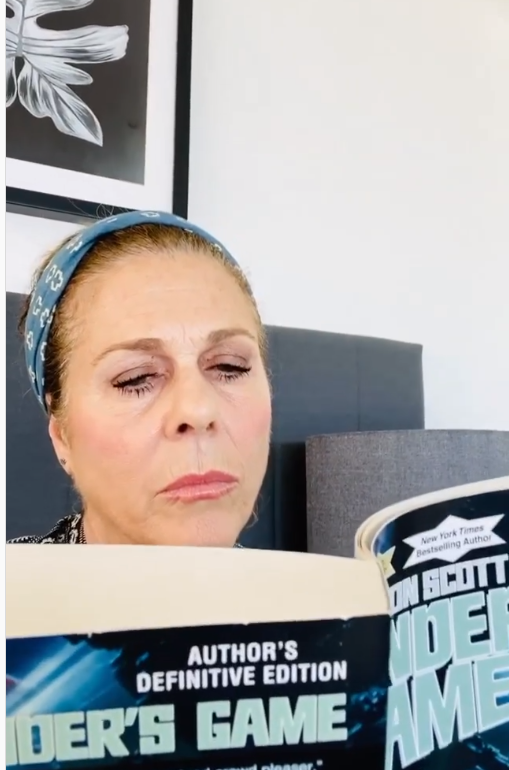 When fans listen to actor Tom Hanks’ wife, Rita Wilson, flawlessly recite the lyrics to the classic rap song “Hip Hop Hooray” by iconic group Naughty By Nature, it becomes glowingly understandable why their son, Chet, tried mightily to get a rap career off the ground.

Wilson, 63, is obviously a longtime rap fan who has played the “Hip Hop Hooray” joint many times over the past 28 years. And during her mandatory quarantine in Australia, after she and hubby, two-time Academy Award winner Hanks (Forrest Gump) contracted COVID-19, she took a moment to rap along with the infectious club banging hit from 1992.

Wilson performed so well that she got a shout out from former President Barack Obama.

With Hanks presumably holding the video camera or phone, Wilson played like she was reading Orson Scott Card’s Ender’s Game. When the intoxicating beats of “Hip Hop Hooray” begin to fill the room, Wilson becomes hypnotized by the tune, puts the book down, and begins rapping with genuine feeling.

And Wilson knows every lyric to the song, as you will see below:

See it to believe it

Actress Linda Thompson also commented, “🤣🤣🤣 I love the looks you give at the end… You have so many talents beautiful Rita! Glad to see you look so lovely and you sound strong! Love to you and Tom! 💜💜❤️👏👏😘.”