The entirely unjust execution of Philando Castile by Minneapolis police officer Jeronimo Yanez and the officer’s subsequent acquittal has once again exposed a racist system in America. But new information is coming out that not only was Yanez in fear of his life by Castile, he was also concerned about the effects of secondhand pot smoke on the 4-year-old in the back seat of the vehicle. 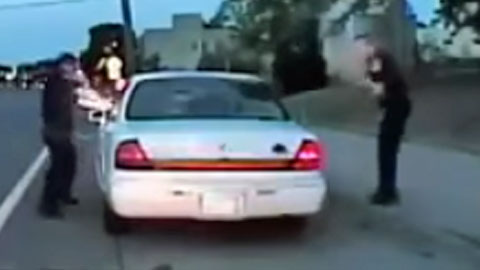 By now, thousands know the story of how the car Castile was riding in was pulled over for a broken taillight. According to Yanez, it was apparent to him that Castile had been smoking marijuana. In fact, it was part of his defense on the charge of second-degree murder that resulted in a miscarriage of justice as he was acquitted for killing Castile. Strangely, however, after killing Castile he told investigators the following, “I thought I was gonna die and I thought if he’s, if he has the guts and the audacity to smoke marijuana in front of the 4-year-old girl and risk her lungs and risk her life by giving her secondhand smoke … then what, what care does he give about me?”

That’s right, Yanez was concerned about the effects of secondhand pot in his decision to kill Castile. Yanez ‘s line of thinking by killing Castile he was protecting the life of an innocent child. His statement is mind-boggling considering the fact that when he fired into the car he missed hitting the little girl in the head with a bullet by less than an inch.

These statements were part of a transcript of the trial that was released on Tuesday. Yanez further went on to state according to the transcript, “and, I let off rounds and then after the rounds were off, the little girl was screaming. … But I acknowledge this little girl first. Cuz, because I wanted her to be safe.”

Yanez is shown to have lied during his statements to investigators because he claimed that Castile didn’t say anything after he was shot. However, Castile did state that he wasn’t reaching for a weapon. Yanez is negotiating a voluntary separation from the Minneapolis Police Department since his acquittal.

The presence of marijuana in a police shooting victim’s system has previously been used as a partial justification for their death. When Mike Brown was killed and Ferguson, Missouri, toxicology reports stated that he had marijuana in his system, this fact was later used to make it seem that Brown was some marijuana-fueled monster who was a danger to former police officer Darren Wilson who murdered him in cold blood.

When Sandra Bland was found dead hanging in her cell, police stated she consumed a large amount of marijuana during her three days of custody. There was no word on how she was able to get the marijuana.