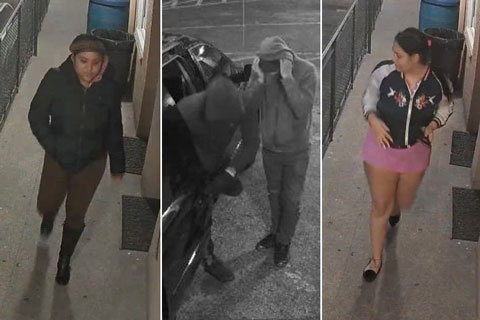 A  Bronx, New York man had a very expensive night of sex after celebrating a lawsuit payout. According to the NY Post, Saul Mata Vellegas had just received a massive payout of $96K from a car accident. Rather than put the money in a bank, he decided to carry it around in a suitcase. This past Sunday, Vellegas decided to have a little fun at a local hotel known for sex hookups.

Vellegas told police he called an escort service and ordered three prostitutes to have group sex. The women came and the four of them apparently had a wild session. During a break, the women told Vellegas they were going to call up a friend to deliver more liquor and some cigarettes and keep the action going. But when a knock came at the door, instead of a delivery it was a robbery. Two masked and armed gunmen entered the room and stole the suitcase full of money that the prostitutes had spotted. The gunmen and the hookers took off in a black minivan and left Vellegas $96K poorer.

He told the NYP, “I am haunted by this. I keep playing it over in my mind. I was surprised they pulled a gun. I said, ‘What is going on? I yelled help, help. I was depending on that money to move my family. I am nervous all the time now. I keep replaying it over and over. I see the weapon they used clearly over and over. I needed that money badly.”