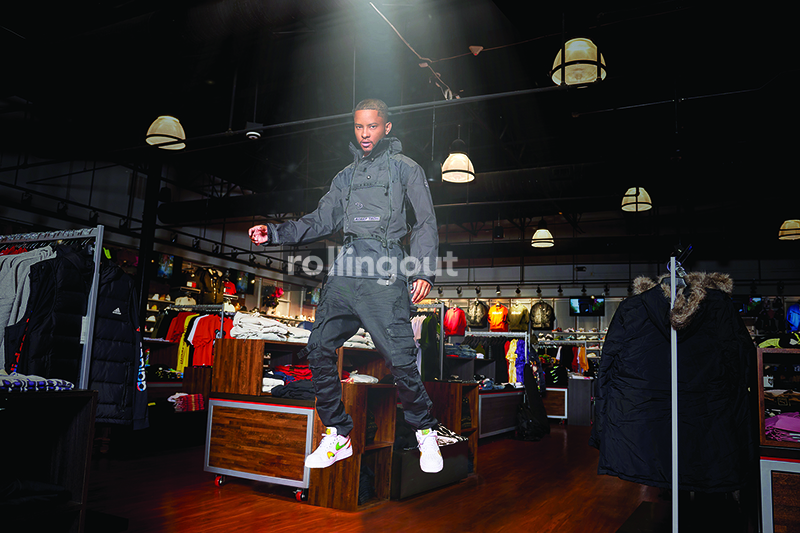 Long before he emerged as a rising artist in the music industry, known for his unlimited range, sensual appeal and practical approach to this thing called life, crooner Felixx was a bright-eyed student seeking a degree in public relations at the historic Clark Atlanta University. He was raised in Monroe, Georgia, among his elders, including his great-grandmother and his father who played Prince every Sunday morning while cleaning the house, whipping up fish and grits, or preparing the grill for a backyard barbecue.

“That’s what he blasted,” Felixx remembers. “He would wake me and my sister up in the morning, every Sunday morning with a cold rag … and he’d be blasting Prince, Anthony Hamilton or Calvin Richardson.”

Those musical roots naturally blended into the sanctuary, which steered Felixx into working relationships with three local churches, until music forced him to seek out greater opportunities.

“I kind of distanced myself,” he admits with a hint of reluctance. “It was time for me to kind of branch out.”

Upon deciding to depart his hometown in favor of Atlanta to grow his brand and make his family proud, Felixx most certainly “branched out.” A hard worker by default, on more than one occasion, he and his devoted team have traveled to New York City or some other city, simply to push the movement — to create momentum that would eventually push his star into the outer orbits.

“I like being able to travel,” he affirms. “When it comes to like my artistry or just as a person in general, being able to travel, to pick up and hit the road. … We literally decided to go to New York overnight [before]. We’ll pick up and drive — go to Miami, we’ll catch a flight to California, not only for personal stuff but mainly for business. So being cooped up in quarantine has not been the biggest thing that I liked in 2020.”

It should come as no surprise that the Clark Atlanta graduate worked his way out of the pandemic, pulling off a nine-to-five by day and realizing his dreams by night. During the summer of the most divisive time the United States has experienced in decades, and maybe ever, Felixx effectively saw his dreams come full circle.

While working with legendary music executives Al Branch and Cortez Bryant of the Blueprint Group, both of whom have famously worked with Lil Wayne, Drake, Nicki Minaj, Lil Nas X and Trippie Redd, his star continued to shine.

“Being able to work closely with Al and Tez has been the highlight of my summer and has been the driving force behind my working to come out of the quarantine with incredible music and content to share with the world,” he says. “Working with them has been inspiring.”