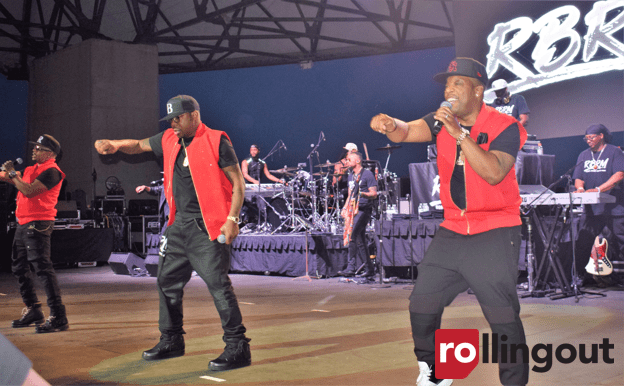 Michigan’s 40 under 40 making a difference in the city 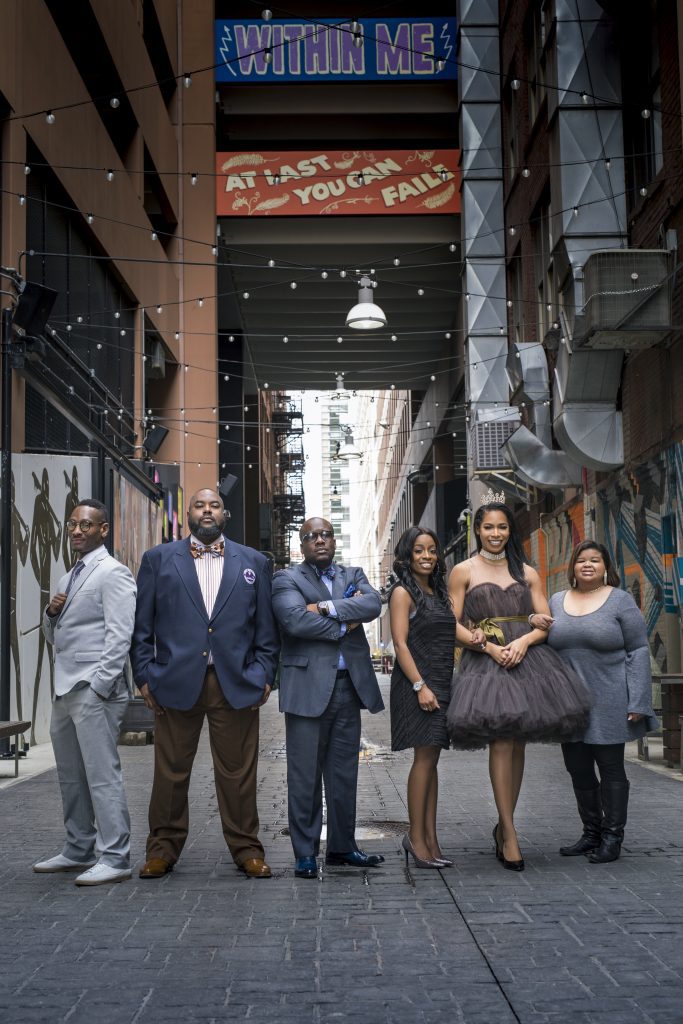 When people think of the word “millennials,” many people tend to think about a generation that is thought to be entitled, self-absorbed, lazy, and most importantly, that takes too many selfies. While a few of these labels apply to some millennials, the Michigan Chronicle’s 40 Under 40 Awards recipients debunk these stereotypes in every way […] 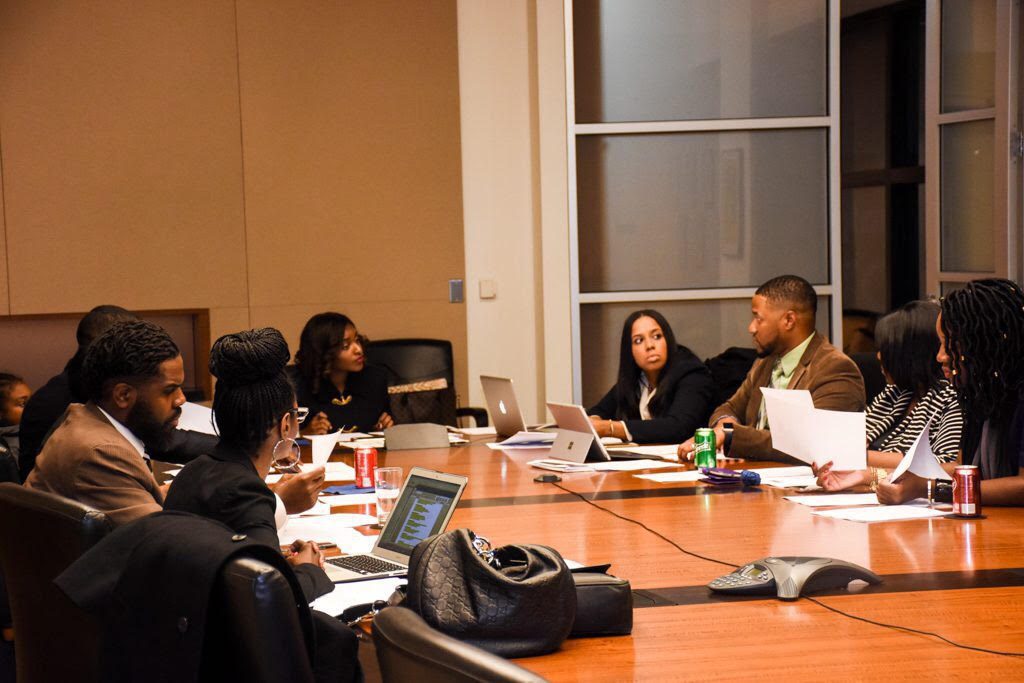 Ask any member of the African American community if they are familiar with the school to prison pipeline, and many will greet the question with affirmation. The Wolverine Bar Association in Detroit is working toward a solution, using their own version of a pipeline to impact the Black community. The end result is much more […] 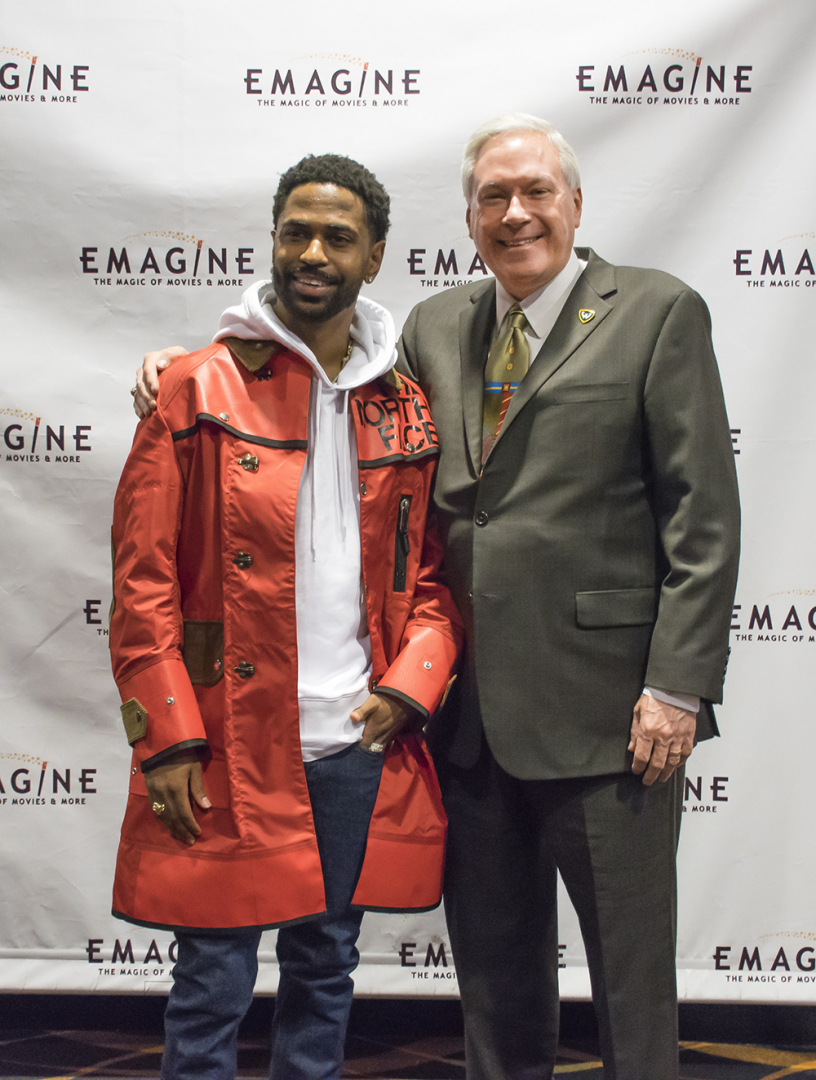 If we can count on anyone to show love to their hometown, Detroit knows that rapper Big Sean (Sean Anderson) will always come through. From surprising students at a recent Black Panther showing, to his donation of a state-of-the-art recording studio to Cass Technical High School, to contributing to victims of the Flint Water Crisis, the Bounce […] 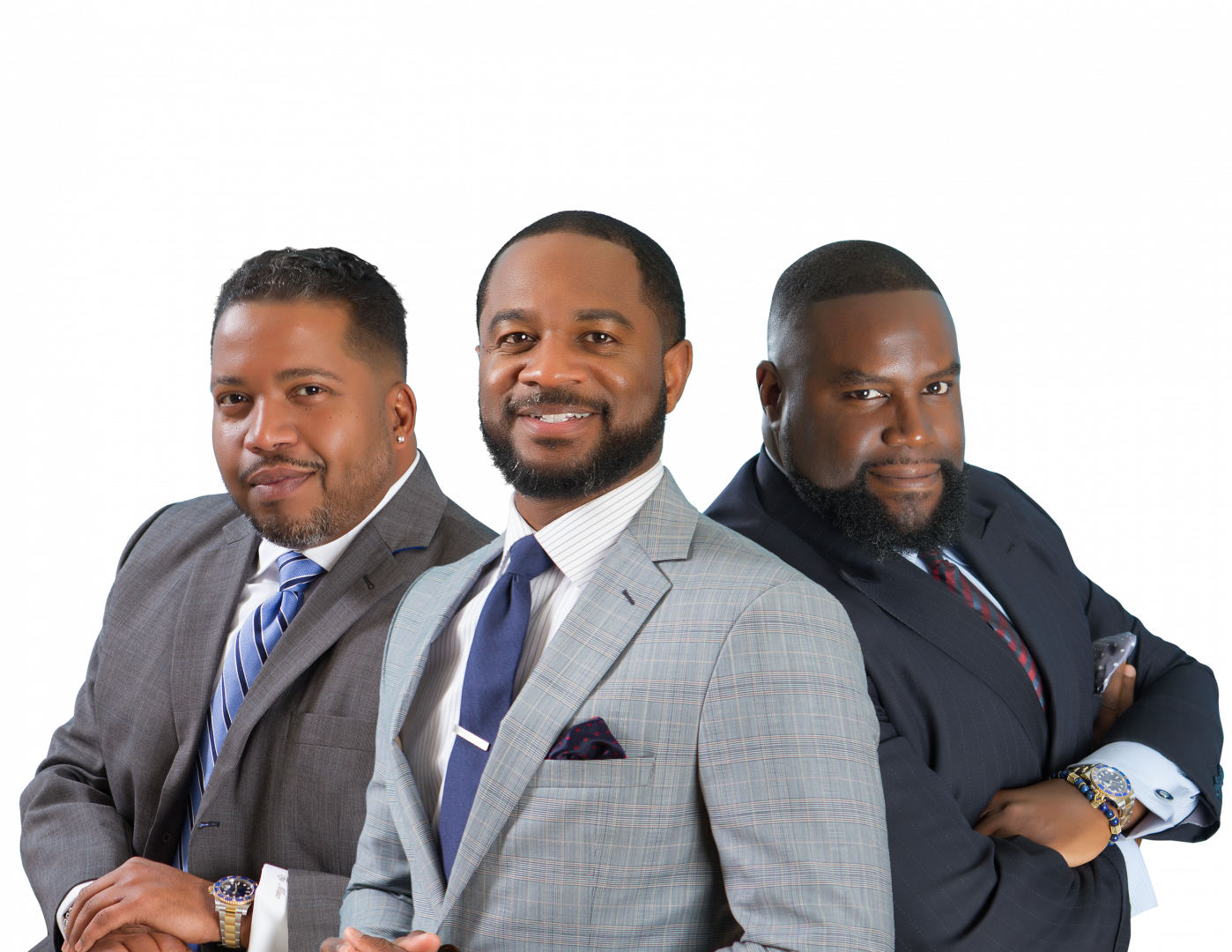 According to Bloomberg, 8 out of 10 entrepreneurs who start businesses fail within the first 18 months, and while the number of Blacked-owned businesses in the U.S. is on the rise, the numbers are still significantly disproportionate in comparison to those owned by non-Black owners. Chief operations officer Rod Brown the award-winning tech company, OnceLogix, is […] 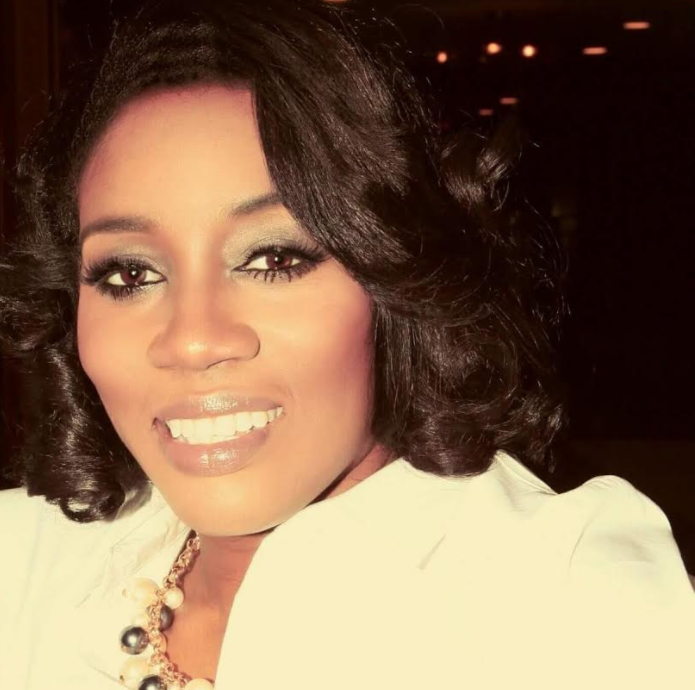 In the words of Cardi B, it’s all about making “money moves,” and Detroit native Tiffany Patton has been riding the wave with her growing popularity and success as a media maven and businesswoman. Affectionately known as the “Trillionairess,” Patton exemplifies what it means to be a multifaceted woman, exercising roles as writer, entrepreneur, producer, […]

Berry Gordy’s Motown mansion and memorabilia up for auction 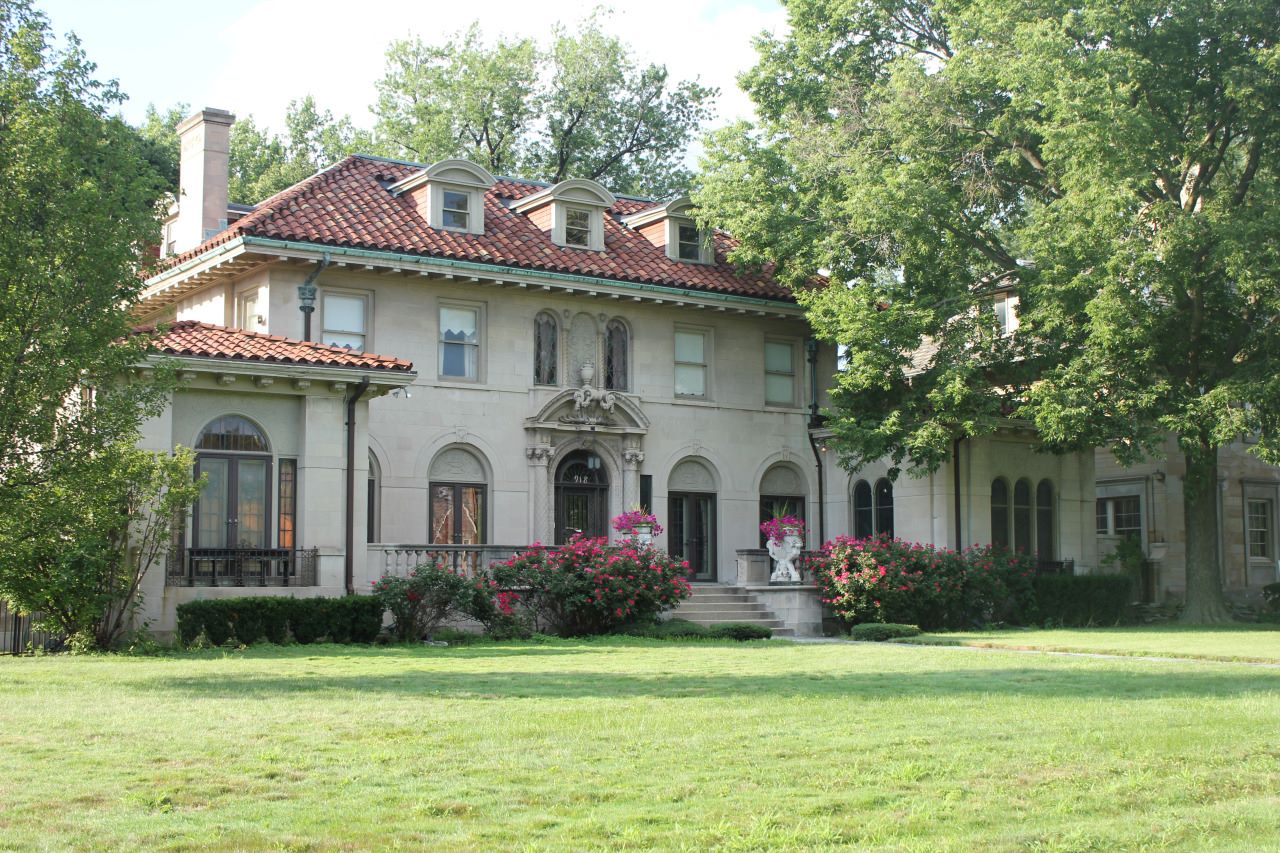 Arguably one of the most important elements in Detroit’s worldwide acclaim is the success of Motown Records and the legendary and iconic artists and music the city produced. This weekend, Cynthia Reeves is offering people around the world a once-in-a-lifetime chance to own a piece of that history with the auctioning of the estate of Berry Gordy […] 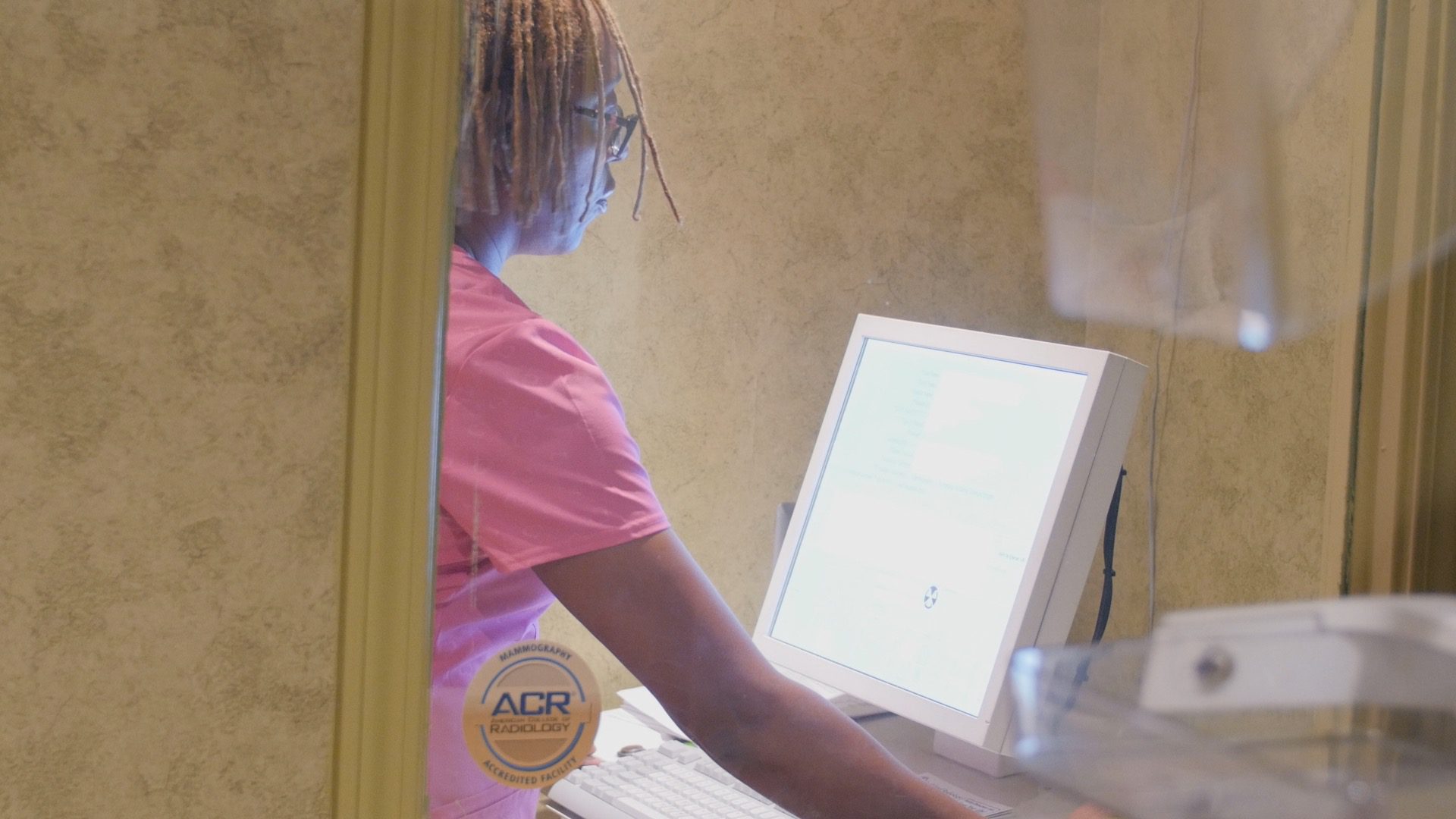 While Detroit is known for being the Motor City due to its mass production of vehicles and being home to “The Big Three,” Ford Motor Company continues to show not only its concern for producing quality automobiles, but also for bettering the community it has been a part of for over 100 years. For the […]

With the increasing variety of food choices and entrepreneurs popping up on Detroit’s food scene, it’s safe to say that Detroit’s comeback never tasted so sweet— literally. Pastry chef and owner of Good Cakes and Bakes, April Anderson, is making a name for herself as well as her business around the country, serving up delectable […] 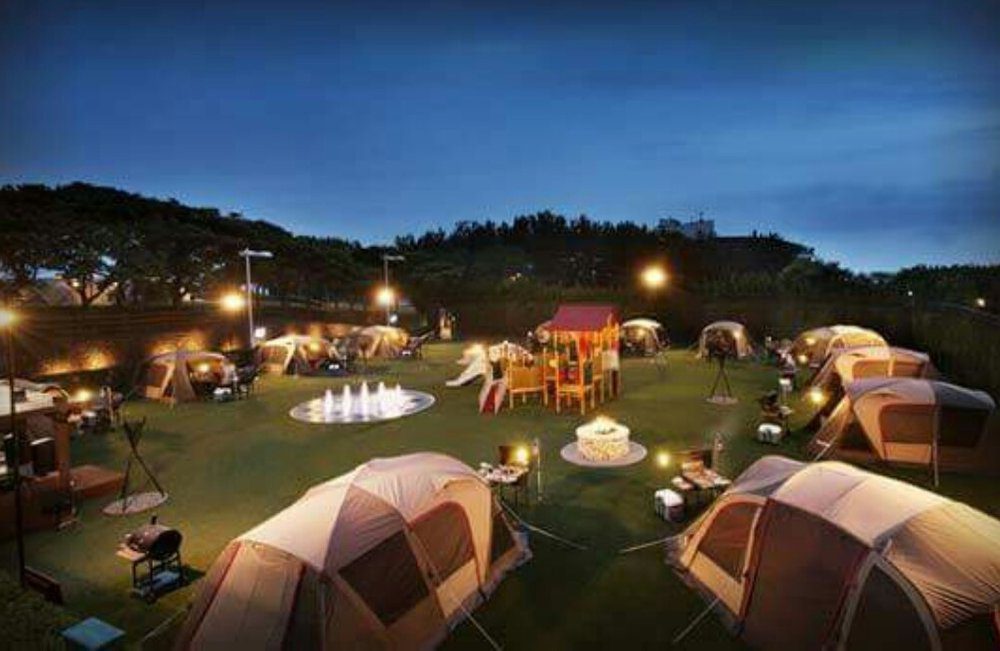 Idlewild, Michigan, a historic city steeped in African American culture and heritage, is being put back on the map, thanks to the Summer Oasis Music Festival. The three-day festival, which takes place Aug. 18-20, will feature electronic music and glamping on scenic Paradise Lake and will focus on restoring the culture and essence of the […] 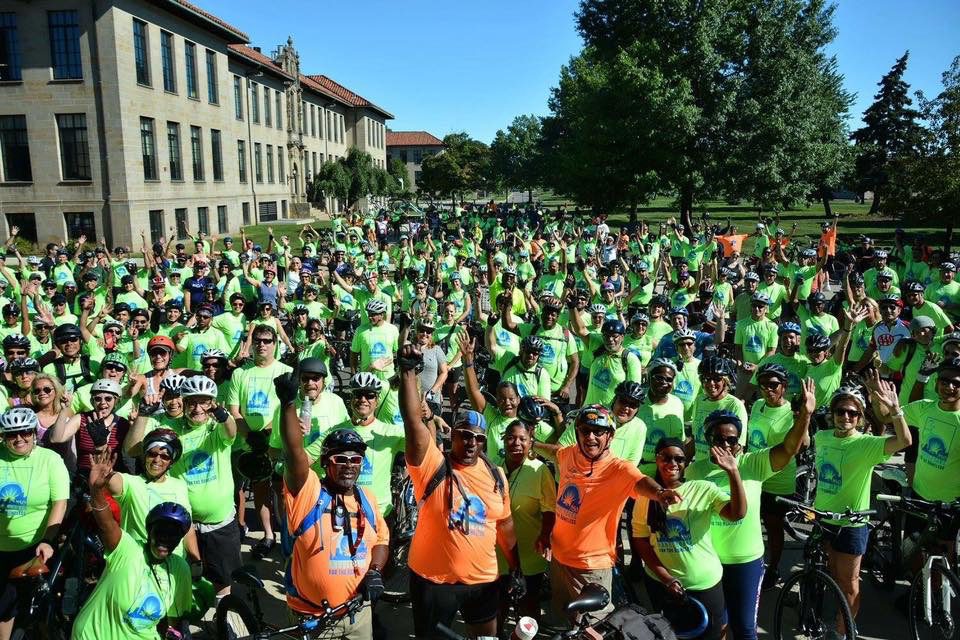 Making strides to serve the city and enhance the lives of its community members, Detroit-based nonprofit, Neighborhood Service Organization, will hold its annual Handlebars for the Homeless bicycle tour. The 15-mile guided tour of the city will be held on Aug. 6 and will feature some of the hidden gems in Detroit communities, including the Sherwood […] 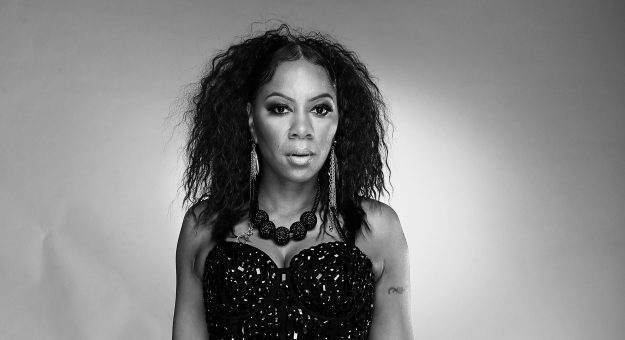 Nowadays, everyone seems to have a side hustle. Whether it’s driving for Uber, being skilled at taking cars apart and putting them back together, or doing bomb hairstyles for a little extra pocket cash, having a side hustle can be a great source of additional income. Carleta Poydras, a Detroit native, is a prime example […]

UAW-Ford continues to give back during Black History Month 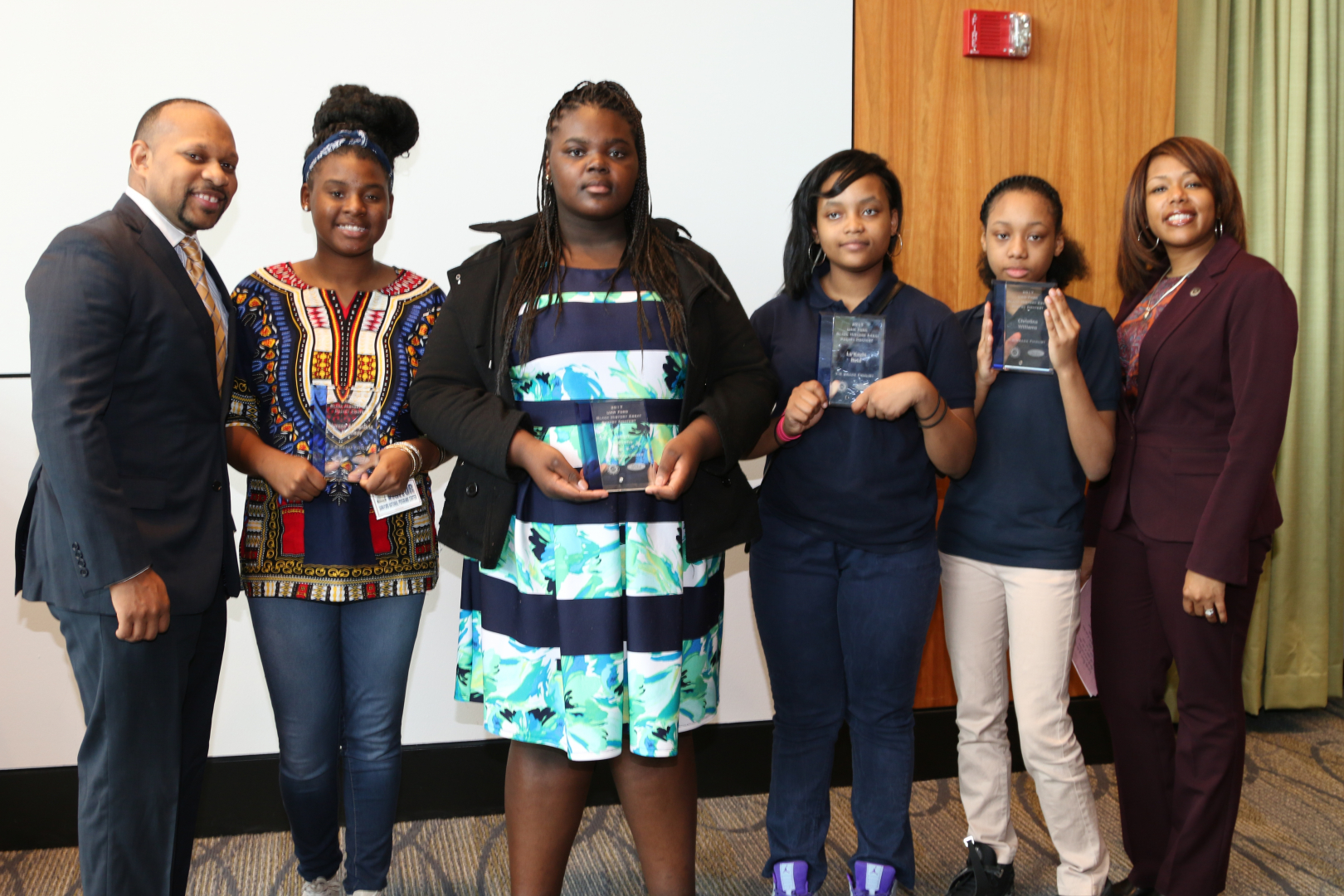 Committed to the development and enrichment of typically underserved communities, UAW-Ford has been and continues to be diligent in its efforts to give back to the community. In honor of Black History Month, UAW-Ford continued its community service initiative by debuting its poetry and writing contest for students ages 8-18. Children of active and retired UAW-Ford […] 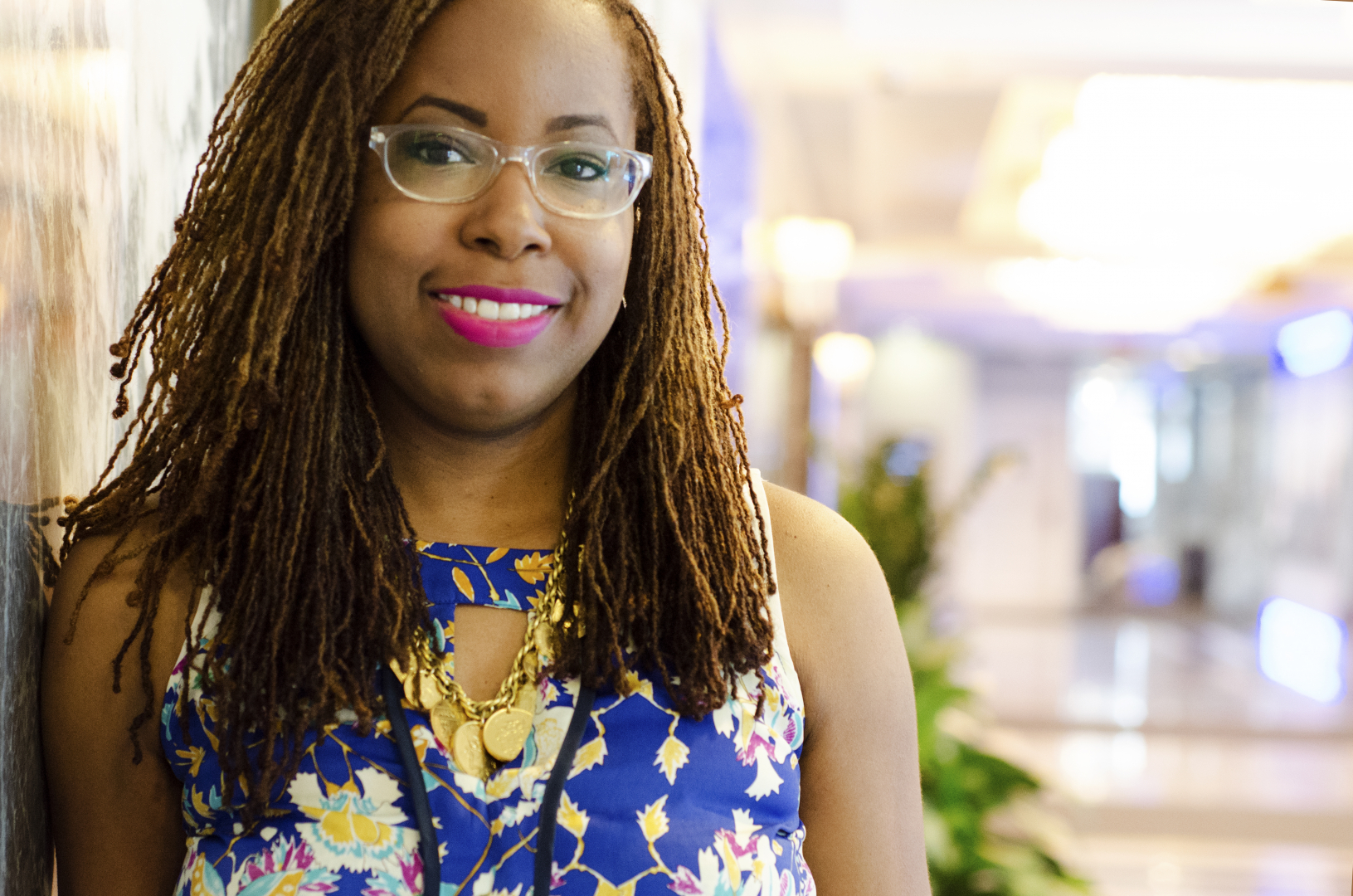 As the new year kicks into full swing, there is no better time to commit to developing healthy goals and habits. For many of us, these resolutions are related to health and relationships, but attorney Patrice N. Perkins is focused on career goals, as she made the transition from being a handsomely paid compliance attorney to […] 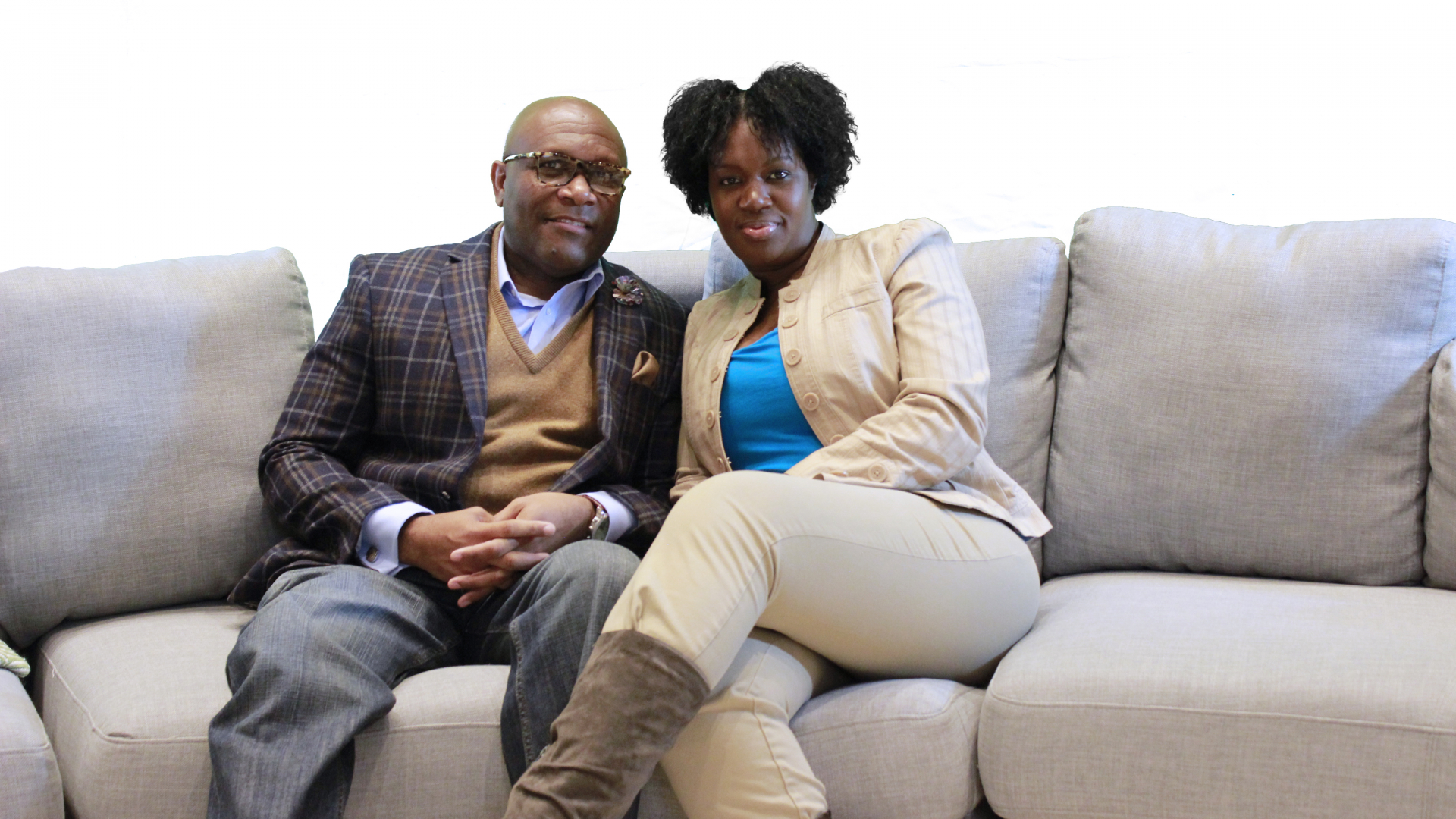 With the rising divorce rates, it is not uncommon for families to merge and create blended households. But combining families from different backgrounds may not always be the easiest task. Certified relationship experts Debbie and Edward Smith know this challenge all too well. Rolling out was able to catch up with the authors of The […] With recent reports of Kanye West’s and Kid Cudi’s mental conditions trending in the media, depression is finally becoming a topic that is being addressed in the black community. One individual who is acknowledging and addressing the stigmas related to mental illness and depression is actor and former NFL player Jay Barnett. Barnett has been […] For brides and grooms-to-be, wedding planning can be incredibly stressful, especially when it comes to finding the perfect venue. “The venue is where the majority of the wedding day is spent, where most pictures are taken, where the food and drink set the tone. It’s the beginning of life as husband and wife,” said Tene’ […] Despite the negative image Flint, Michigan, has endured amid the water crisis, it is undeniable that hope still does reign in the city. One of those shining lights comes in the form of the passion and advocacy that birthed the domestic and sexual violence awareness concert “I Found My Voice.” The event was held on […] On Nov. 19, the Detroit Repertory Theatre celebrated its 60th anniversary for its 2016-2017 season. The theater opened in Detroit in 1957, originally performing children’s plays for students in the states of Michigan, Illinois, Ohio and Pennsylvania. The DRT, which lovingly came to be known as the Rep, is notable for being one of the […] A total 73 of the 5000 companies on Inc. magazine’s 2016 Inc.5000 list are owned by Black CEOs. Inc. 5000 companies “are the superheroes of the U.S. economy.” Per the publication, they are “America’s fastest-growing private companies [which] wield powers like strategy, service and innovation.” Although 73 companies out of 5000 is only 1.5 percent, […]