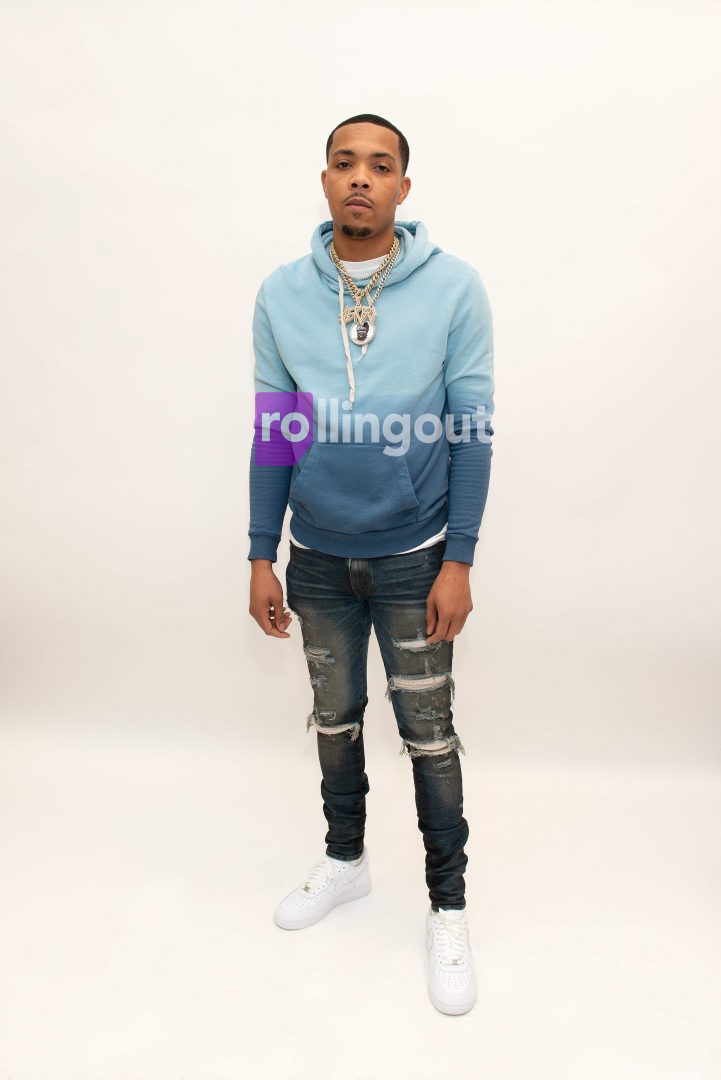 During Herbo’s ascent, as he has learned to cope with PTSD by intertwining his truth with his growing catalog, he relocated to Los Angeles and became the father of Yosohn Wright, who was born in 2018. His face lights up every time he mentions his son or talks about being a new father.

“I feel like every step that I take I have to think about my kid,” he says assertively. “My life revolves around my son. I got to make time and see my son. He’s learning now, he’s a sponge. It’s everything. It’s the biggest blessing.”

As fate would have it, while he was adjusting to what is indisputably his greatest joy, Herbo was forced to endure the death of one of his best friends, Juice Wrld, who died after suffering a massive seizure at Chicago’s Midway International Airport.

“It’s still unreal to me,” he says in disbelief. “I’m still in shock thinking about it. His legacy is never going to die. … I’m no stranger to death. I [have] always been the type of guy that could adjust in the worst situations. I try to find meaning in the worst situations, but I can’t really find meaning to this. I don’t really speak on the situation much. Everybody knows I loved him dearly. That was my little brother, and his legacy will live on forever.”

As he’s always done, G Herbo will press on and process his losses by doing what he does best: make music. With an inspiring 14 tracks to offer on PTSD, he struggles to choose which ones are his favorites. Interestingly enough, he points to the intro as perhaps the album’s most important.

When looking at a complete album or another body of work, “the intro should always be one of the most important songs,” he explains with complete confidence. “It’s the introduction of what you [are] about to tell the world or what message you are trying to put out there.”

As he settles into his descriptions, G Herbo continues with two others that ironically symbolize who he was, who he has become and what he strives to be.