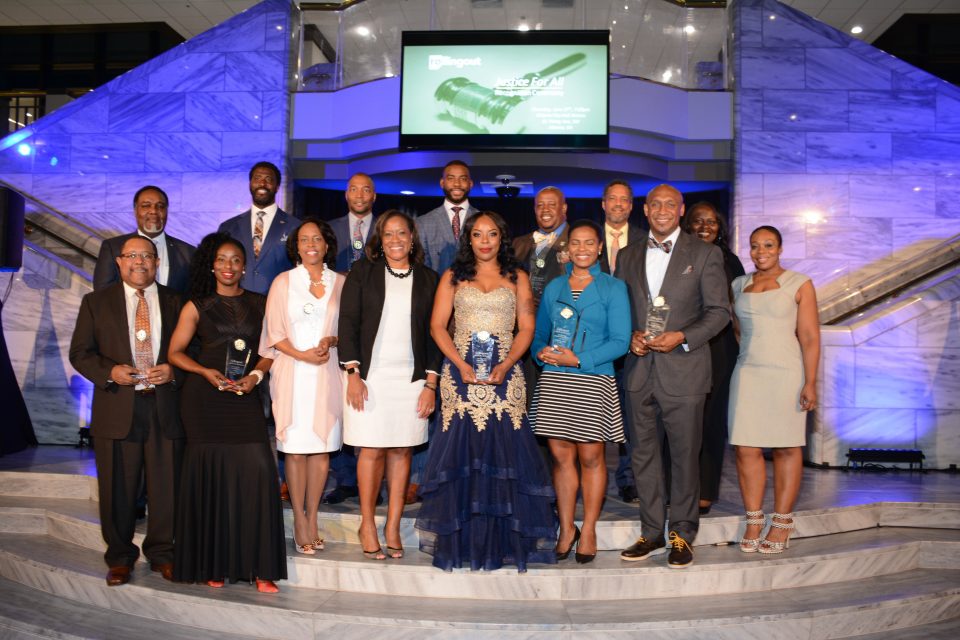 Several of the top legal minds in Atlanta were honored at rolling out‘s 2019 “Justice for All” gala.

Held June 27 at Atlanta City Hall, the event was moderated by Rashad Richey and Christal Jordan and highlighted the importance of ensuring that every citizen has the opportunity for justice.

“The justice system is fundamentally racist, classist and sexist because it is birthed out of American history and culture,” Davis said during an interview with rolling out.

“Therefore, we need legal warriors to engage within the system to try to reduce the harm our people experience in the justice system as we continue working to build a new system that honors and respects our lives.”

Boston also shared how she fights for victims’ rights in her role as DA of the Stone Mountain Judicial Circuit.

“Each day, my team and I endeavor to reach these ideals,” she said. “We work to preserve the dignity and best interests of our victims while using smart prosecution strategies that balance offender accountability with the prevention, intervention, and restorative justice.”


Posted in Justice for All and tagged Atlanta, Attorneys, black laywers, City Hall, District Attorneys, judges, justice for all